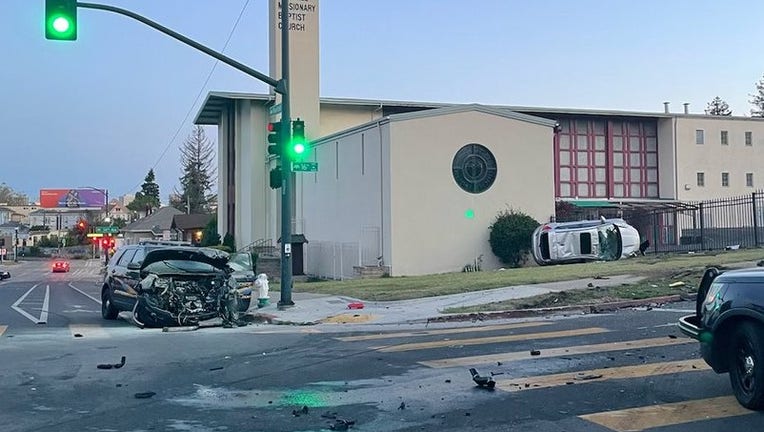 Scene of a collision in Oakland after a drunk driver ran a red light and hit a patrol car. PHOTO: Alameda County Sheriff

OAKLAND, Calif. - The Alameda County Sheriff's Office said one of their deputies is in the hospital after being hit by a drunk driver.

The collision occurred Sunday around 4:30 a.m., when the deputy's patrol car was struck by a drunk driver near 16th Avenue and Foothill Boulevard in Oakland, investigators said. The driver allegedly ran a red light at a high rate of speed before hitting the deputy.

"We are thankful nobody died," ASCO said in a tweet Sunday.

A surveillance video released on Monday shows the moment of impact between the two cars.

Surveillance footage shows the moment that a driver who was allegedly under the influence slammed into an Alameda County sheriff's deputy in Oakland.

In photos released by the Sheriff's office, a shattered vehicle is seen on its side on the lawn of Foothill Missionary Baptist Church. Photos of the patrol car show the front end completely smashed. 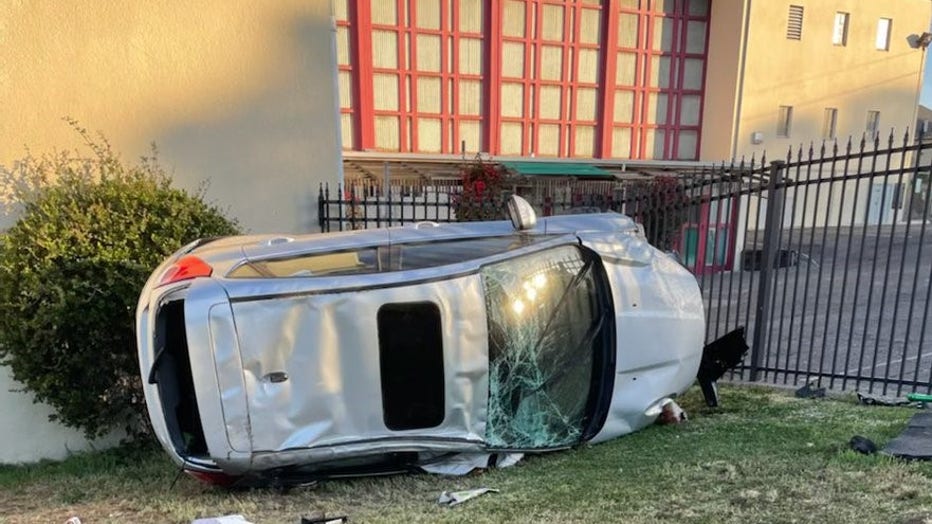 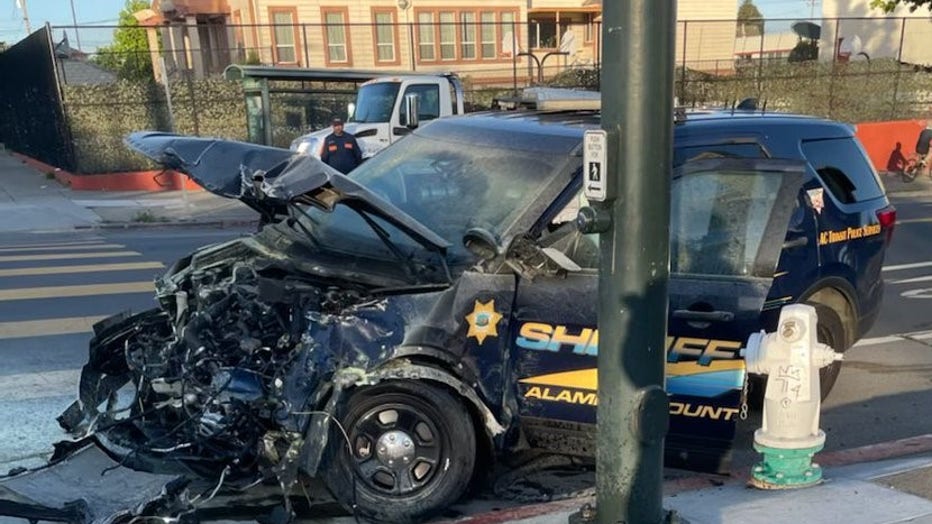 The deputy was transported to the hospital and will recover from injuries, according to officials.

It's unclear whether the deputy was attempting to pull over the driver when the collision happened.