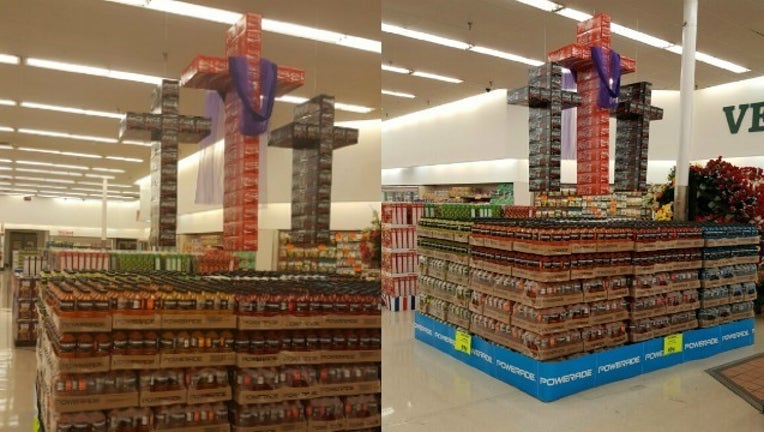 DUBLIN, Ga. - A Food Depot in Dublin is getting attention for their religious display. Using tape and some wire, large soda can boxes were hung in a cross formation.

But store manager Steve Logue says he did not think much of the cross display before putting it up.

“It’s a display like another display. It does not hurt that my faith goes along with it.”

Logue said that in his two and a half years with the store they have set up many displays celebrating everything from football to the changing seasons. The cross was done to celebrate Easter.

“Everybody is loving it.” Logue says.

The manager says he got the idea from something he saw on Facebook and thought it would be a great display for his Dublin store.