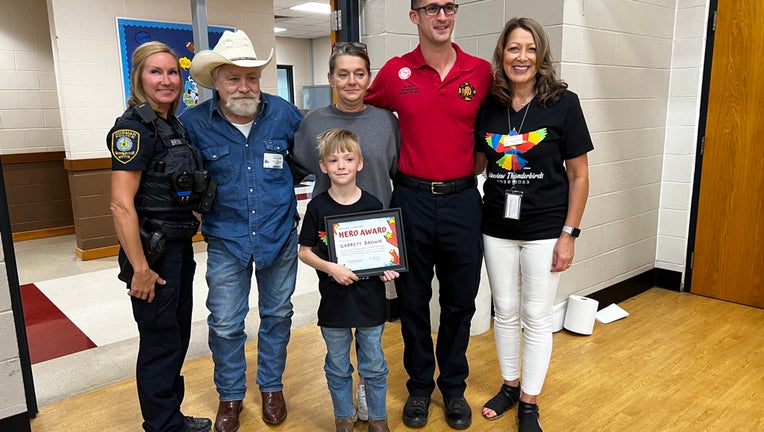 NORMAN, Okla. - An eight-year-old boy is being hailed a hero after saving a classmate who was choking.

The incident took place on September 15 at Lakeview Elementary School in Norman, Oklahoma.

Music teacher Jordan Nguyen said she was the adult on duty during 3rd grade lunch period when she heard "He's choking! Cashton's choking!"

"Without thinking twice, he [Garrett] ran to the other side of the table and began performing the Heimlich Maneuver while the other boys around him called for help," Nguyen added. "He did it so quickly and effectively that by the time I reached Cashton, the food had already dislodged and he was breathing again!" 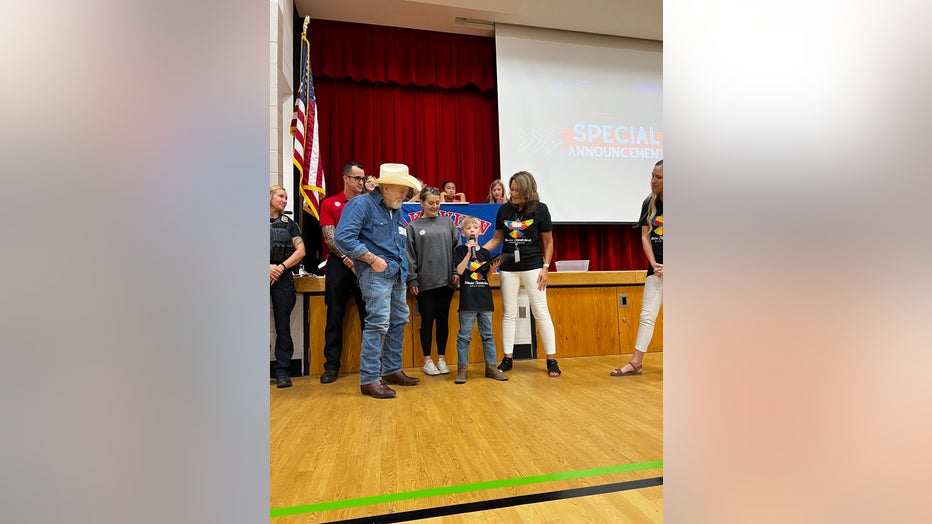 "It happened within a matter of just a few seconds.," Nguyen continued.

The teacher said by the time she reached Cashton, the student was terrified. After comforting him, she took him to the nurse’s office to get checked out.

Others then asked Garrett how did he know to perform the Heimlich Maneuver.

"My dad taught me. I was choking and he saved me and taught me to save someone else," Garrett told KOCO.

RELATED: Minnesota teen jumps out of McDonald’s drive-thru window to save choking customer

Nguyen said both of her students are doing great, and in fact, Cashton finished his chicken nuggets.

"I am very proud! As a teacher, I am trained on what to do in case of an emergency. In this case, I did not even need to use my training! Garrett had it all taken care of! It's truly impressive! I believe he has a future in some sort of life-saving career," she said.

Meanwhile, accolades and congratulations continue to pour in for Garrett. Lakeview Elementary honored him at a school assembly. He was also awarded a special "Hero Award" certificate on behalf of the school.

The Norman Fire Department and Norman Police Department were also in attendance at the ceremony.