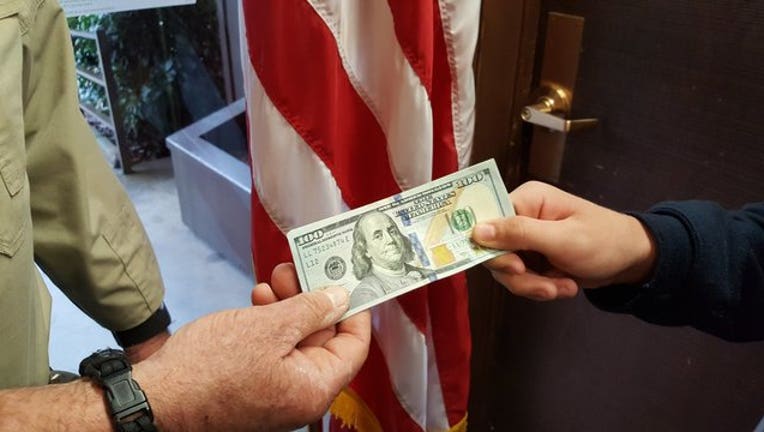 A teen in El Dorado County is being rewarded for his honesty after he found just under $1,000 and turned it into authorities without a second thought.

The teen, identified as Adam, contacted the El Dorado County Sheriff's Office to turn in the cash.

Deputy Peterson had taken the report and was thinking about it recently. By law a person has 90 days to claim their property so she checked in and realized there was no claim.

Deputy Peterson reached out to Adam to tell him the cash now belonged to him.

Adam went to the station and collected the money. He wasn't sure what he would do with his windfall but thought he might save it for a car.