Tim Michels, a wealthy businessman endorsed by former President Donald Trump, won the Republican primary for Wisconsin governor on Tuesday and will face Democratic Gov. Tony Evers in a contest that could reshape elections in the marquee battleground.

WASHINGTON - After an uneven start, Donald Trump's election-year tour of revenge succeeded in ousting Republican members of Congress, boosting Trump-backed "America First" candidates who beat back the establishment and strengthening his grip on the party.

Meanwhile, Ron Johnson, the most vulnerable Republican senator up for reelection, will take on Wisconsin's Democratic lieutenant governor in November in one of this year's most closely watched Senate contests.

And a member of the Squad of progressive lawmakers survived a tough primary challenge from a Democratic rival running on a pro-police platform, while voters in Vermont are poised to send a woman to Congress for the first time in the state's 231-year history.

As the midterm primary season reaches its final contests, Trump's grip on the Republican Party is strengthening.

In the spring and early summer, his endorsement record, a metric he touts as a testament to his enduring popularity, was uneven. In Georgia, a fixation of Trump's after top Republican officials rejected his entreaties to overturn the 2020 election, most of the former president's hand-picked candidates were defeated at the ballot box.

But as the season ground on, his enduring sway is apparent.

And in Connecticut on Tuesday, Leora Levy surged to an unexpected victory over a more moderate rival in a liberal-leaning state that has historically drawn moderate GOP candidates. On Monday, just hours after the FBI searched his Florida estate, Trump held a tele-town hall rally for her. Another rival credited his late endorsement for her win.

Meanwhile, most of the 10 Republican members of Congress who voted to impeach him have either retired or lost. That includes Michigan Rep. Peter Meijer who lost his race last week along with Washington State Rep. Jaime Herrera Beutler, who conceded on Tuesday. Rep. Liz Cheney, the vice chair of the House Jan. 6 committee investigating Trump’s efforts to overturn the 2020 election, will be on the Wyoming ballot next week and is widely expected to lose.

Those developments, combined with the rush of support from Republicans after the FBI executed a search warrant at Trump’s Florida estate on Monday, were clear reminders of Trump looming presence.

Omar narrowly defeated her centrist challenger, former Minneapolis City Councilmember Don Samuels, all but guaranteeing her victory in November in an overwhelmingly Democratic district centered around Minneapolis. It was the second time a well-financed group had mobilized unsuccessfully against her.

Almost since her arrival in Congress, Omar has attracted bipartisan criticism. First, she drew condemnation after suggesting in 2019 that Israel’s supporters were pushing U.S. lawmakers to take a pledge of "allegiance to a foreign country" and claiming congressional support for Israel was "all about the Benjamins, baby," which many saw as an antisemitic trope about Jews buying influence.

That drew a $2.5 million negative advertising blitz, which was financed by the pro-Israel lobby, attacking her ahead of the 2020 election.

This year, pro-police groups as well as a mysterious super PAC spent over $750,000 criticizing Omar and backing Samuels. His north Minneapolis base suffers from more violent crime than other parts of the city, and he helped organize a campaign to stop sharp cuts in police funding pushed by progressive activists, including Omar, following the killing of George Floyd by police.

Other members of the Squad — Reps. Cori Bush of Missouri and Rashida Tlaib of Michigan — had easier victories last week. 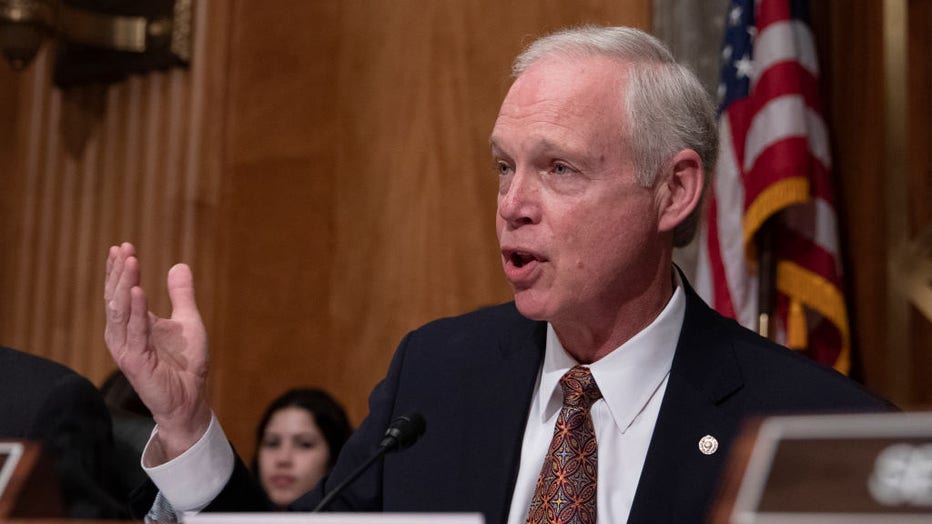 If you take his word for it, Johnson shouldn't be running. The Wisconsin Republican had pledged to step down after two terms, only to reverse himself this year.

Now, after coasting to victory in his primary Tuesday, Johnson's reward will be a hard-fought campaign against Lt. Gov. Mandela Barnes that could determine the balance of power in the narrowly divided U.S. Senate. It's also certain to saturate the airwaves as millions of political advertising dollars flood the state.

It will be the first time Johnson won’t be running against former Sen. Russ Feingold, the Democrat he ousted from office and defeated again six years later. He's also the only Republican senator up for reelection in a state Joe Biden won in 2020.

The matchup offers a study in contrasts. Johnson, 67, is a multimillionaire businessman whose father was a corporate treasurer. At 35, Barnes is close to half his age and the product of a working-class Milwaukee family. He would be the first Black senator from Wisconsin if elected. 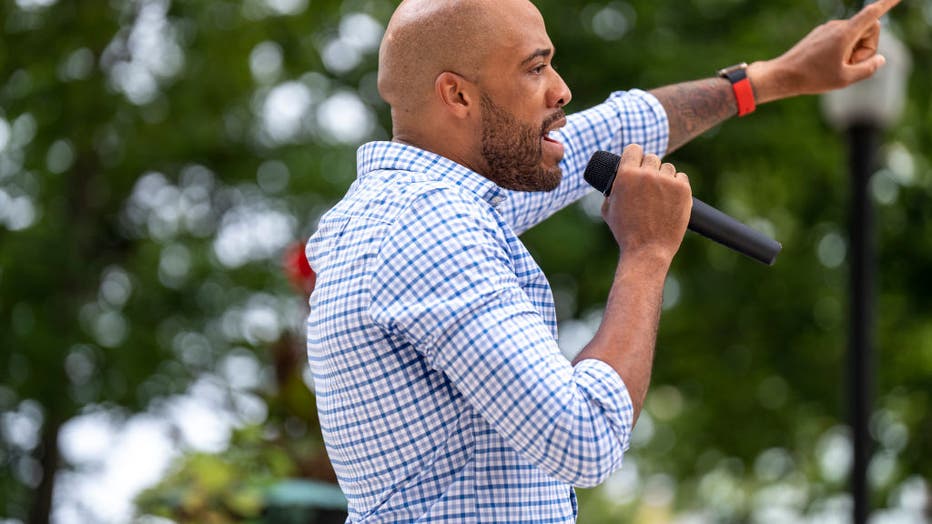 FILE - Lt. Gov. of Wisconsin and Democratic candidate for US senate, Mandela Barnes, speaks to supporters at a rally outside of the Wisconsin State Capital building on July 23, 2022. (Photo by Sara Stathas for the Washington Post)

Johnson has the former president's backing. He has also been a major ally.

After the 2020 election, an aide to Johnson told then-Vice President Mike Pence's staff in a text message that he wanted to hand-deliver to Pence fake elector votes from his state and neighboring Michigan. Pence's staff rebuffed their request.

Johnson also met with Wisconsin lawmakers in 2021 and talked about dismantling the state’s bipartisan elections commission and having the GOP-controlled Legislature take over presidential and federal elections.

Vermont has been represented in Congress by white men ever since it became the 14th state to join the union in 1791.

That's poised to change after state Senate leader Becca Balint advanced from Tuesday's Democratic primary to face Republican Liam Madden in a general election contest that will determine who will be Vermont's next representative in the U.S. House.

Vermont is a liberal-leaning state and a Republican last won the seat in 1988, making Balint the overwhelming favorite in November. If she wins, Balint will not only be the first woman to represent Vermont in Congress, but the first openly gay person, too.

It may seem unusual that such a liberal-leaning state has not elected a woman to Congress. But there hasn’t been much opportunity. As the second-least populated state, Vermont gets to send only one representative to the U.S. House.

Although the pace of turnover has moved at glacier speed, there is an upside for Balint: The seat offers a reliable springboard to the U.S. Senate. Sanders' term is up in 2024. So far, the 80-year-old has not said whether he intends to run again.