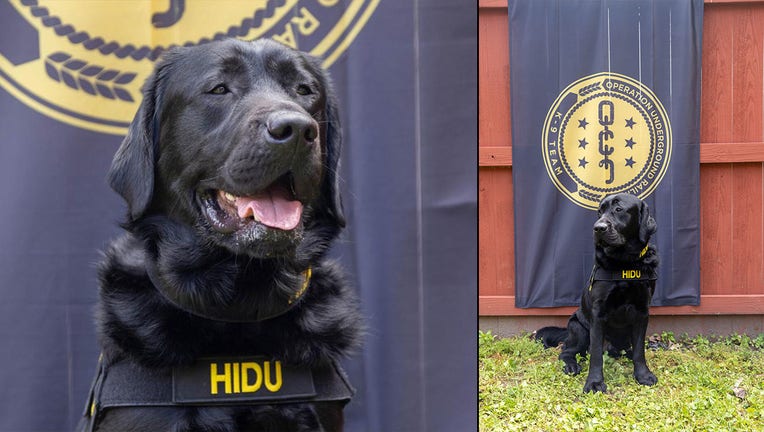 An unusual alliance of international activist groups, Mexican prosecutors and a dog trained to sniff out memory devices joined forces this month to catch a high-profile suspected pedophile in Mexico City.

First, Free a Girl, a Netherlands-based group that fights human trafficking, tipped off activists at the U.S.-based Operation Underground Railroad that Jason Maatman, a Dutch man who openly advocated sex with children, had gone to Mexico after fleeing pending court cases in the Netherlands.

Maatman apparently thought loose Mexican law enforcement would allow him to operate freely in Mexico City, a sprawling metropolis of 21 million where most crimes go unpunished.

But he didn’t count on Hidu, a recent graduate of a dog academy that teaches canines to sniff out triphenylphosphine oxide, or TPPO, a chemical coating used in electronic devices like flash drives and memory cards.

"Three weeks ago, we learned that Nelson M. seemed to be active in Mexico, and was a serious danger to children," said Evelien Hölsken, the director of Free a Girl. She said the group contacted Underground Railroad "and asked if they could start an investigation."

Maatman was apparently so sure of himself he talked openly about his activities on the internet. But Mexican prosecutors were ready to work with the nongovernmental organizations.

Operation Underground Railroad, or OUR, quickly set up a plan to lure Maatman into a trap, using the chat rooms and social media spaces he was active on.

"We were able to confirm he was in Mexico and then talking to him in just different chat rooms. He said, ‘I’m in a really kind of dangerous rundown area. I don’t want to give you my address. I don’t want you guys to come see me, but you can come meet me at a gas station’," said Matt Osborne, OUR director of global operations.

Mexico City prosecution detectives were waiting when Maatman showed up at a bus station — near a gas station — on the edge of the city’s main park on June 5.

Prosecutor Ernestina Godoy said Maatman was found to have a pistol and several doses of cocaine in his possession.

Maatman is being held at a Mexico City prison on charges of human trafficking and drug and weapons possession. He does not have an attorney of record nor could he be reached for comment.

"Our understanding was that he was entertaining offers from other people who wanted to go into business with him," apparently to sell or monetize a trove of sexually explicit material involving young children, Osborne said. "He was talking that he needed money."

City prosecutors used a network of street surveillance cameras to trace Maatman's movements back to a dingy apartment he was renting on the city's rough east side. Tall and with reddish hair, the Dutchman stood out in that area.

Once police obtained a search warrant, that is where Hidu came in; a black lab, he had been trained by Todd Jordan at his Jordan Detection K9 academy in Indianapolis, Indiana.

TPPO is a chemical used in small, solid-state memory devices to avoid overheating. There is just enough of its distinctive odor for dogs to locate it.

Jordan started out by training "accelerant detection" dogs, to look for evidence in possible arson cases in which an accelerant — things like gasoline — may have been used to start a blaze.

But the electronics detection dogs he's trained — now 83 and counting — have come to be more in demand because criminals now use flash drives to store everything from contacts to cryptocurrencies used in drug deals.

"I think the electronics dogs have now surpassed the accelerant canines because of just the need of them, and just because of the way the world is right now," said Jordan. "These dogs, I mean just everybody, every internet crimes task force could use one of these."

Hidu was brand new at the work; he had graduated just two weeks before and this was his first case — In fact, it was the first overseas case that any of Jordan's dogs had handled.

Operation Underground Railroad flew Hidu and his handler to Mexico City, where prosecutors were about to search the apartment.

"My understanding is there was a cellphone hidden in a laundry basket with just rancid total terrible laundry, you know, dirty clothes in one corner that no one would go into," Osborne said. "The dog found that phone." 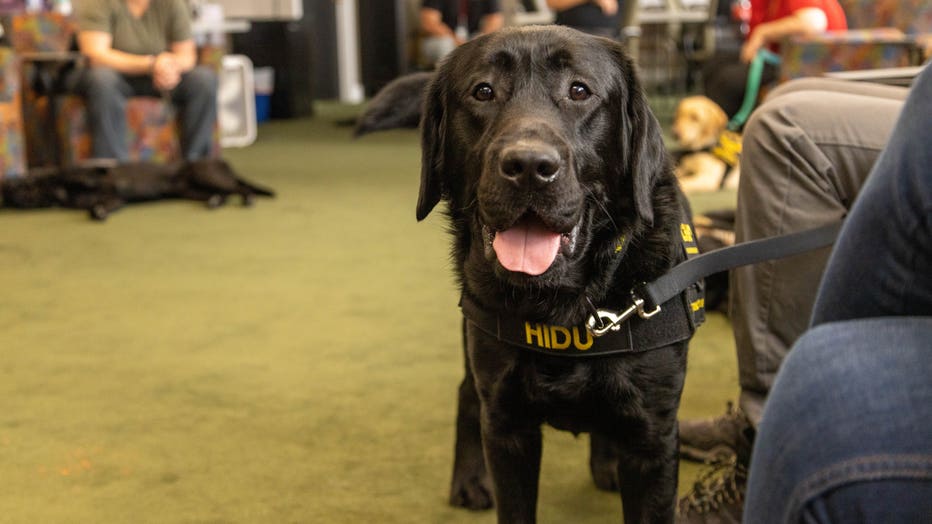 Godoy, the prosecutor, credited Operation Underground Railroad and Hidu for their help in the bust.

"The message is clear for those who prey on a girl, a boy or an adolescent: In Mexico City there will be no room for impunity, and those that hurt or target them will be found, tried and sentenced," Godoy said.

But questions remained. "Why was he (Maatman) not placed on an international wanted list?" by Dutch authorities, Hölsken said.