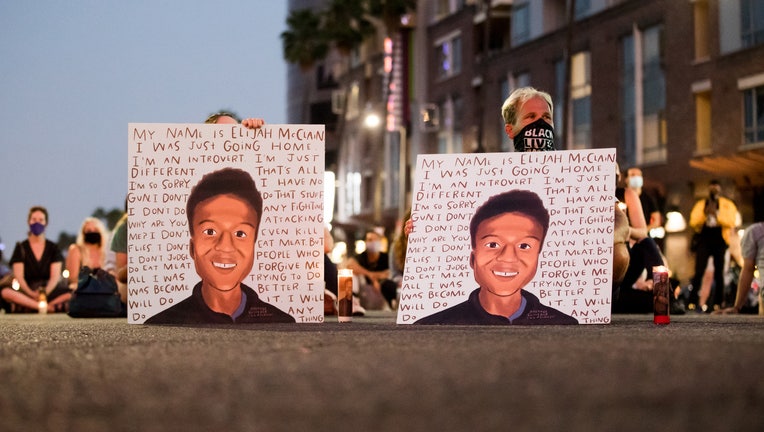 People gather at a candlelight vigil to demand justice for Elijah McClain on the one year anniversary of his death at The Laugh Factory on August 24, 2020 in West Hollywood, California. (Photo by Rich Fury/Getty Images)

AURORA, Colo. - A Black man died after a police encounter in a Denver suburb in 2019 because he was injected with a powerful sedative after being forcibly restrained, according to an amended autopsy report publicly released Friday.

Despite the finding, the death of Elijah McClain, a 23-year-old massage therapist, was still listed as undetermined, not a homicide, the report shows. McClain was put in a neck hold and injected with ketamine after being stopped by police in Aurora for "being suspicious." He was unarmed.

The original autopsy report that was written soon after his death in August 2019 did not reach a conclusion about how he died or what type of death is was, such as if it was natural, accidental or a homicide. That was a major reason why prosecutors initially decided not to pursue charges.

But a state grand jury last year indicted three officers and two paramedics on manslaughter and reckless homicide charges in McClain’s death after the case drew renewed attention following the killing of George Floyd in 2020. It became a rallying cry during the national reckoning over racism and police brutality.

The five accused have not yet entered pleas and their lawyers have not commented publicly on the charges. 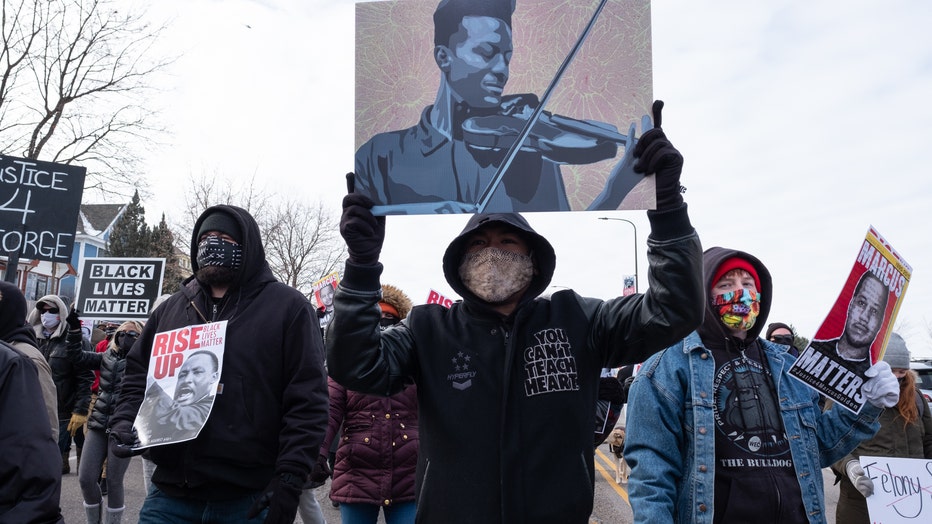 The findings of the amended autopsy report, updated in July 2021, echo an opinion included in the grand jury indictment handed down about two months later from an unspecified pathologist who concluded McClain died of complications of being injected with ketamine, a sedative, while being violently subdued and restrained by law enforcement and emergency responders. It is not clear whether that pathologist is the same one, Dr. Stephen Cina, who did the original autopsy report as well as the updated one.

In the updated report, Cina concluded that the ketamine dosage given to McClain, which was higher than recommended for someone his size, "was too much for this individual and it resulted in an overdose, even though his blood ketamine level was consistent with a ‘therapeutic’ blood concentration."

He said he could not rule out that changes in McClain's blood chemistry, like an increase in lactic acid, due to his exertion while being restrained by police contributed to his death but concluded there was no evidence that injuries inflicted by police caused his death.

"I believe that Mr. McClain would most likely be alive but for the administration of ketamine," said Cina, who noted that body camera footage shows McClain becoming "extremely sedated" within a few minutes of being given the drug.

Cina acknowledged that other reasonable pathologists with different experience and training may have labeled such a death, while in police custody, as a homicide or accident, but that he believes the appropriate classification is undetermined.

Dr. Carl Wigren, a forensic pathologist in Washington state, questioned the report's focus on ketamine, saying all the available evidence — including a highly critical independent review of McClain's death commissioned by Aurora last year — point to McClain dying as a result of compressional asphyxia, a type of suffocation, from officers putting pressure on his body while restraining him. He was struck by one passage in the city's review citing the ambulance company's report that its crew found McClain lying on the ground on his stomach, his arms handcuffed behind his back, his torso and legs held down, with at least three officers on top of him.

RELATED: Thomas Lane sentenced to three years for his role in the death of George Floyd

That scene was not captured on body camera footage, the report said, but much of what happened between police was not because the officers' cameras came off soon after McClain was approached. The cameras did continue to record where they fell and captured people talking.

Just because McClain, who said he couldn't breathe, could be heard making some statements on the footage, does not mean he was able to fully breathe, Wigren said. Ketamine, which slows breathing, could have just exacerbated McClain's condition, but Wigren does not think it caused his death.

However, another pathologist, Dr. Deborah G. Johnson of Colorado, said McClain's quick reaction to ketamine suggests that it was a cause of McClain's death, but she said its use cannot be separated from the impact that the police restraint may have had. McClain may have had trouble breathing because of the restraint and having less oxygen in your system would make the sedative take effect more quickly, she said.

Both thought the death could have been labeled as a homicide — a death caused by the actions of other people — which they pointed out is a separate judgment from deciding whether someone should be prosecuted with a crime for causing it.

McClain got an overdose of ketamine, Johnson said, noting that the paramedics were working at night when it is hard to judge someone's weight.

"Was that a mistake to send someone to prison for? I don’t think so," she said. 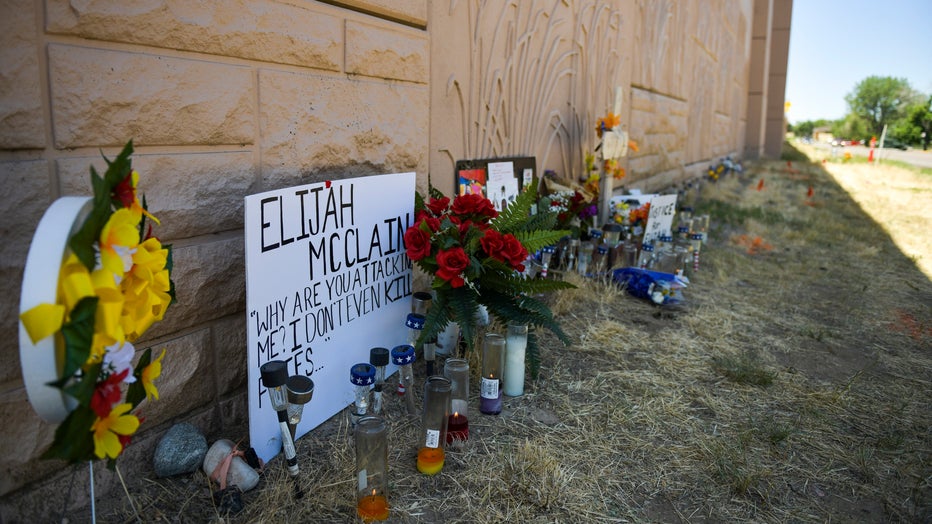 A memorial near where Elijah McClain was forcibly restrained by Aurora police officers on Billings Street is shown on June 30, 2020 in Aurora, Colorado. (Photo by Michael Ciaglo/Getty Images)

The updated autopsy was released Friday under a court order in a lawsuit brought by Colorado Public Radio, joined by other media organizations including The Associated Press. Colorado Public Radio sued the coroner to release the report after learning it had been updated, arguing that it should be made available under the state’s public records law.

Coroner Monica Broncucia-Jordan said she could not release it because it contained confidential grand jury information and that releasing it would violate the oath she made not to share it when she obtained it last year.

But Adams County District Judge Kyle Seedorf ordered the coroner to release the updated report by Friday, and a Denver judge who oversees state grand jury proceedings, Christopher Baumann, ruled Thursday that grand jury information did not have be redacted from the updated report.

McClain's death fueled renewed scrutiny about the use of the ketamine and led Colorado’s health department to issue a new rule limiting when emergency workers can use it.

Last year, the city of Aurora agreed to pay $15 million to settle a lawsuit brought by McClain’s parents. The lawsuit alleged the force officers used against McClain and his struggle to survive it dramatically increased the amount of lactic acid in his system, leading to his death, possibly along with the large dose of ketamine he was given.

The outside investigation commissioned by the city faulted the police probe into McClain’s arrest for not pressing for answers about how officers treated him. It found there was no evidence justifying officers’ decision to stop McClain, who had been reported as suspicious because he was wearing a ski mask as he walked down the street waving his hands. He was not accused of breaking any law.

"I do believe that it does get us a step closer to anything that is a semblance of justice," said Bailey, an activist in the city of Aurora who has led demonstrations over the death of McClain.

But Bailey added that she is "extremely saddened that there is still a controversy around whether or not the EMTs and officers should be held responsible for what they did, and as to whether or not this was actually murder."