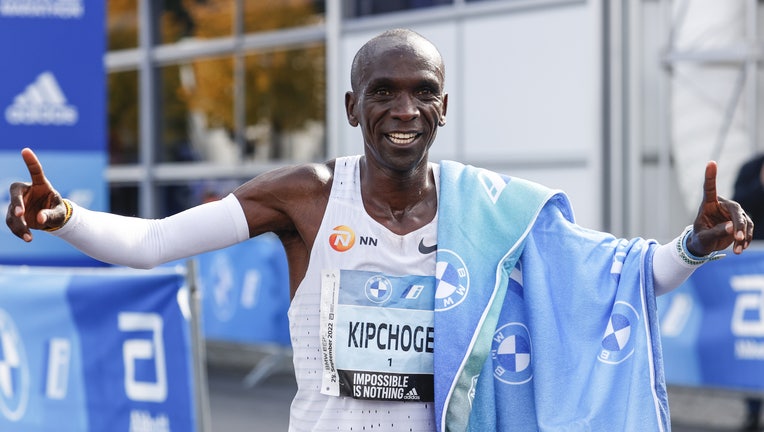 Two-time Olympic champion Eliud Kipchoge bettered his own world record in the Berlin Marathon on Sunday.

"My legs and my body still feel young," the 37-year-old Kipchoge said. "But the most important thing is my mind, and that also feels fresh and young. I'm so happy to break the world record."

Ethiopia’s Tigist Assefa unexpectedly won the women’s race in a course record of 2:15:37 – 18 minutes faster than she had ever run before. It was the third fastest time ever.

"I wasn't afraid of my rivals, even though they had faster times than me," the 26-year-old Assefa said.

Kenya’s Rosemary Wanjiru was second on her debut in 2:18:00 – the second fastest debut ever run – just ahead of Ethiopian runner Tigist Abayechew in 2:18:03.

Kipchoge and Assefa's combined time of 4:16:46 ensured the marathon was the fastest ever. The men's record has now been set eight times in a row in Berlin, favored by runners for its flat course.

It's Kipchoge's fourth win in the city, equaling the record set by Haile Gebrselassie. The Ethiopian great – like Kipchoge now – also set two world records (in 2007 and 2008) in Berlin.

Conditions in the German capital were ideal for fast racing – cool, around 52 degrees (11 degrees Celsius) after a night of showers, with no more precipitation and no wind. Some 45,527 runners from 157 nations were registered to take part in the first Berlin Marathon without restrictions since the coronavirus pandemic began. 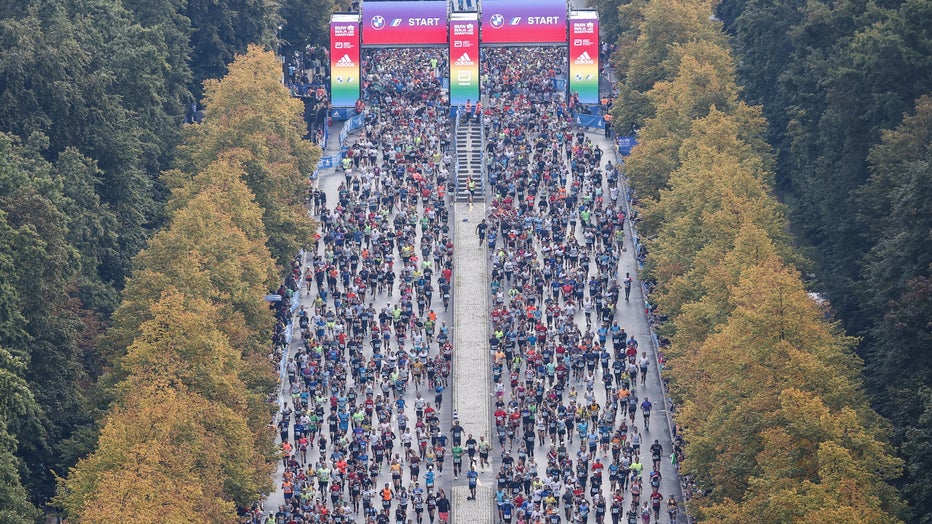 Participant numbers were reduced by nearly half under strict restrictions last year, and the 2020 race was called off due to the pandemic.

Kipchoge set off at a furious pace on Sunday, covering the first 10 kilometers in just 28:23 and clocking 42:32 at the 15k-mark, hinting at a sub two-hour attempt. He broke the two-hour barrier in Vienna in 2019 when he ran 1:59:40 in a race that did not conform to regulations.

Defending champion Guye Adola and Ethiopian compatriot Andamlak Belihu managed to keep pace, initially, but Adola dropped back a few meters as Kipchoge was clocking kilometer-splits of between 2:47 and 2:50.

Kipchoge and Belihu completed the half marathon in just 59:51. Adola and Kenyan runners Abel Kipchumba, Mark Korir and Bethwel Yegon followed in 1:01:25.

"I planned to go out fast in the first half," Kipchoge said. 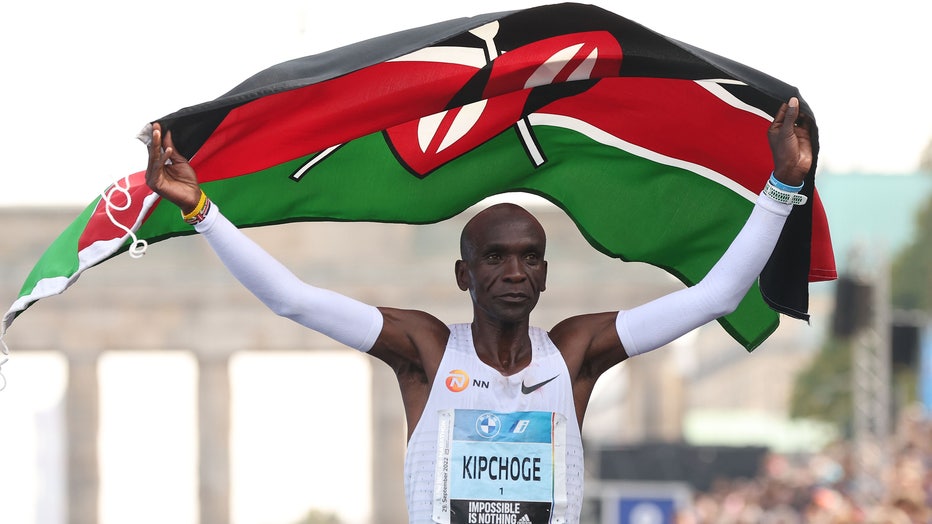 The last pacemaker dropped off at the 25k-mark, leaving Kipchoge on his own, but Belihu remained on his heels.

Kipchoge slowed somewhat in reaching the 30k-mark in 1:25:40. Belihu was unable to keep up and followed 21 seconds behind before dropping further back.

By this stage it was just a question of whether Kipchoge would break his own record. He did.