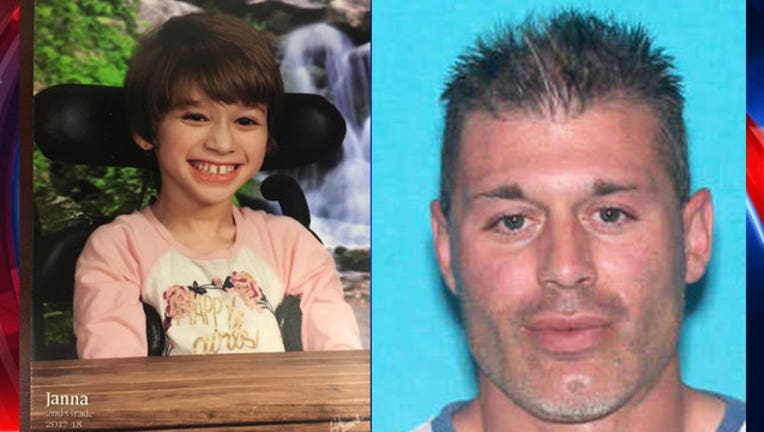 TRENTON, Mich. (WJBK) - Michigan State Police have issued an endangered missing advisory for an 8-year-old out of Trenton.

Police say Janna Marie Lewis was last seen in the area of 2501 Fort Street. Police say Janna is with her father, who failed to follow a court order and return her to her mother.

Janna is 4 feet 1 inch tall, and weighs 35 lbs. She has brown hair and brown eyes.

Police weren't sure where the two are or could be going, and couldn't give a possible vehicle description for Michael.

If you have information about their whereabouts, call 911 or the Michigan State Police Metro South Post at 734-287-5000.