Other energy prices rising with gas | LiveNOW From FOX

As gas prices continue to rise across the nation, people in Dallas are also finding that other energy prices are rising as well.

BRUSSELS (AP) - The European Parliament on Wednesday threw its weight behind a proposed ban on selling new cars with combustion engines in 2035, seeking to step up the fight against climate change through the faster development of electric vehicles.

The European Union assembly voted in Strasbourg, France, to require automakers to cut carbon-dioxide emissions by 100% by the middle of the next decade. The mandate would amount to a prohibition on the sale in the 27-nation bloc of new cars powered by gasoline or diesel.

EU lawmakers also endorsed a 55% reduction in CO2 from automobiles in 2030 compared with 2021. The move deepens an existing obligation on the car industry to lower CO2 discharges by 37.5% on average at the end of the decade compared to last year.

But Germany’s auto industry lobby group VDA criticized the vote, saying it ignored the lack of charging infrastructure in Europe. The group also said the vote was "a decision against innovation and technology" a reference to demands from the industry that synthetic fuels be exempt from the ban, which European lawmakers rejected.

If approved by EU nations, the 2035 deadline will be particularly tough on German automakers, who have focused on powerful and expensive vehicles with combustion engines while falling behind foreign rivals when it comes to electric cars.

The 2030 CO2-reduction target and ban on combustion engines in 2035 were proposed last year by the European Commission, the EU’s executive arm. Cars account for around 12% of European emissions of greenhouse gases, which are blamed for increasingly frequent and intense heat waves, storms and floods tied to climate change.

The governments of EU member nations need to give their verdicts in the coming weeks or months before a final EU agreement on the tougher car emission requirements is approved.

The car law is being scrutinized as part of a package of EU draft climate legislation covering a range of other polluting industries. 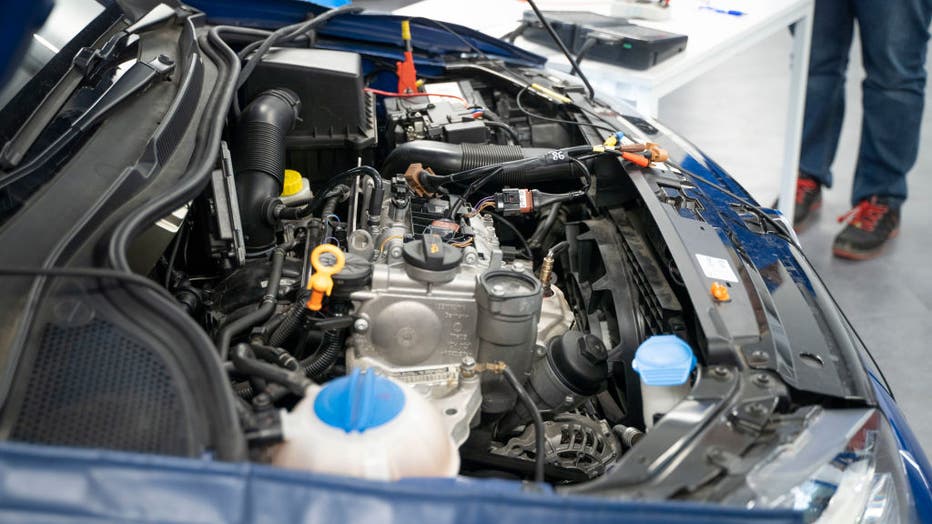 The EU plans to slash greenhouse gases by 55% in 2030 compared with 1990 rather than by just a previously agreed 40% over the period.

A big portion of the cuts would come from power plants and factories. These two sectors, unlike cars, have their greenhouse gases curbed in the EU by a European emissions-trading system that every year reduces the total supply of required pollution permits.

Earlier Wednesday, the EU parliament failed to advance that part of the climate package because of a split over the pace at which the free allocation of some emission permits — as opposed to the auctioning of them — should be phased out.

The assembly asked its environment committee to reopen deliberations on the matter. As a result, the EU parliament also delayed its decisions on two related initiatives.

One is the creation of a Social Climate Fund to help vulnerable households cope with the planned clean-energy revamp — an issue that has become more politically sensitive as Russia’s war in Ukraine has sent fuel prices soaring.

The second is an unprecedented import tax known as the Carbon Border Adjustment Mechanism. The planned CBAM is a first-of-its-kind tool that would allow the EU to raise the prices of some imported goods — including steel and aluminum — that are spared climate-protection costs faced by manufacturers based in the bloc.