The ex-boyfriend of an Oakley woman who has been missing for six months was killed by law enforcement officials in Washington state as they attempted to arrest him for her alleged murder, police said on Thursday.

OAKLEY, Calif. - The ex-boyfriend of an Oakley woman who has been missing for six months was killed by law enforcement officials in Washington state as they attempted to arrest him for her alleged murder, police said on Thursday.

This was the first time that law enforcement revealed that Alexis Gabe, who vanished in January, had been killed.

Oakley Police Chief Paul Beard said 27-year-old Marshall Curtis Jones – who used to date the 24-year-old Gabe – was shot on Wednesday by members of the Pacific Northwest Violent Offenders Task Force as they tried to arrest him and he charged at them with a knife.

The parents of Alexis Gabe are dismayed that their daughter was murdered, allegedly by her ex, and her body is still not found.

Jones was pronounced dead at the scene.

The couple had broken up in November 2021.

But Gabe's father, Gwyn Gabe, said at a news conference that the two had dated for three years and Jones had been the love of his daughter's life.

"He became part of our family," Gwyn Gabe said emotionally. "We had no idea he was capable of doing something like this to her."

Oakley and Antioch police officers had issued an arrest warrant earlier that day for Jones, who was in Kent, Wash., for the murder of Gabe, who has been missing since Jan. 26.

"He became part of our family. We had no idea he was capable of doing something like this to her." Father Gwyn Gabe

The East Bay departments had asked the Pacific Northwest team, comprised of the Seattle Police Department, Snohomish County Sheriff’s Office, and the United States Marshals Service, to serve the warrant.

While the investigation had almost solely focused on him, Thursday's announcement was the first time that police named Jones as the formal suspect who allegedly killed her at his home in Antioch.

Jones came back to California for a short period last month, police said.

"He has refused to speak with us several times," Beard said. "This has done nothing but prolong our investigation." 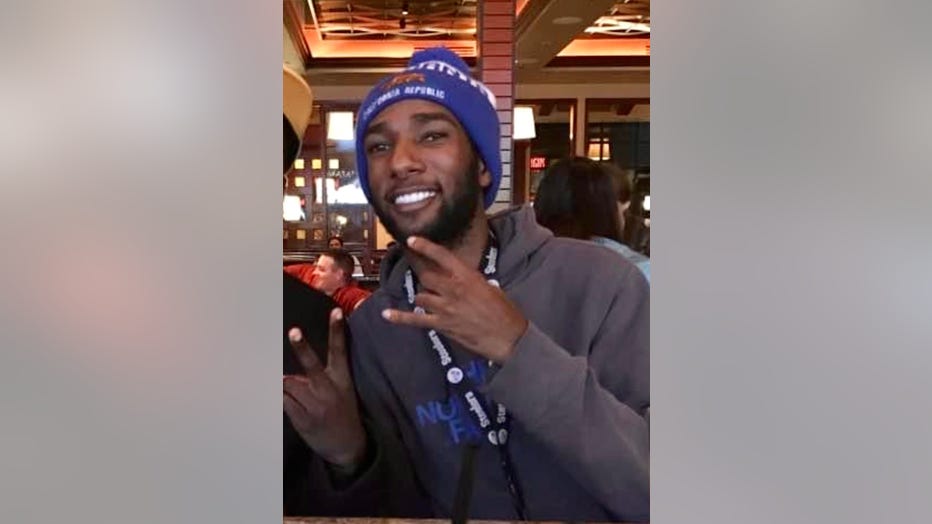 Beard said Jones is the only homicide suspect in this case, but police believe he likely had help along the way.

Jones owned a registered weapon but had no known criminal history, police said.

The Contra Costa County District Attorney also announced formal murder charges against Jones, despite the fact that he is dead.

Thursday was also the first time that police have stated that Gabe, a former nursing student, was dead.

Police believe she was killed at Jones' home in Antioch on the day she went missing.

Her body has not been found. Beard promised to keep looking for it. He suspects it is still in California.

Beard said there is ample evidence to connect Jones to the homicide: Namely, Gabe's cell phone found near Jones' house had his DNA on the inside of the empty case.

Beard also said there was plenty of other "digital evidence," such as phone calls and surveillance images to connect the now-dead Jones to Gabe's death.

He said there is a trail of photos showing Jones leaving Gabe's home in Oakley on the night she went missing to his home in Antioch.

A motive has not been provided.

Gwyn Gabe said that his family did not want Jones dead.

"We wanted him arrested to pay for his sins," Gwyn Gabe said. "We wanted to meet with him face to face. We wanted to look him in the eye and ask him why? Where is Alexis? I know the police are saying that our daughter is gone, but our daughter will remain alive in our minds and in our hearts. We will continue to search for her until we find her."

Police also lamented the fact that Jones was killed.

Jones' death "is not what we had hoped for," Beard said, adding that an investigation into what happened and where Gabe's body might be are now hampered.

But Beard reiterated that there is still a $100,000 reward available for information leading to Gabe's body.

"We do hope somebody who has knowledge of Alexis's whereabouts will now feel more empowered to come forward without having to feel a negative response from Marshall Jones," Beard said.

Those with information as to the whereabouts of Alexis Gabe are asked to call 925-625-7009 or Alexistips@ci.oakley.ca.us.