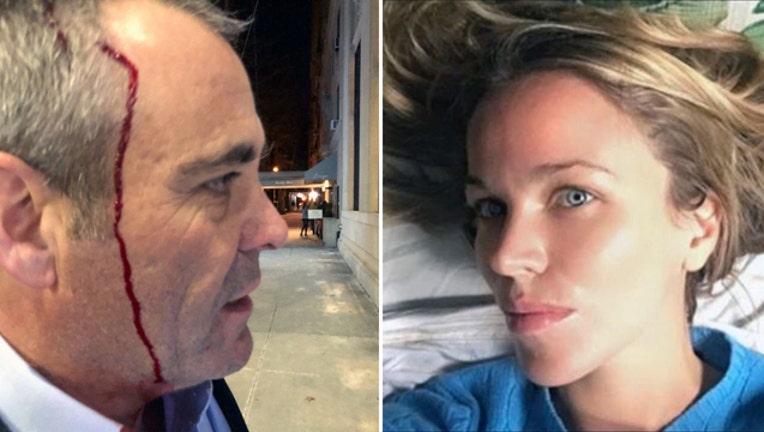 Lawyer Matthew Haberkorn, 52, told the News that Cooke became irate when she waited behind his 77-year-old mother in the coat-check line.

“Hurry up, Jew,” Cooke said, according to Haberkorn, who was also joined at the restaurant Caravaggio by his wife and four daughters.

Outside the restaurant, Haberkorn says he was continuing to exchange words with Cooke when she “smashed” him violently with her glass purse, causing a gaping head wound.