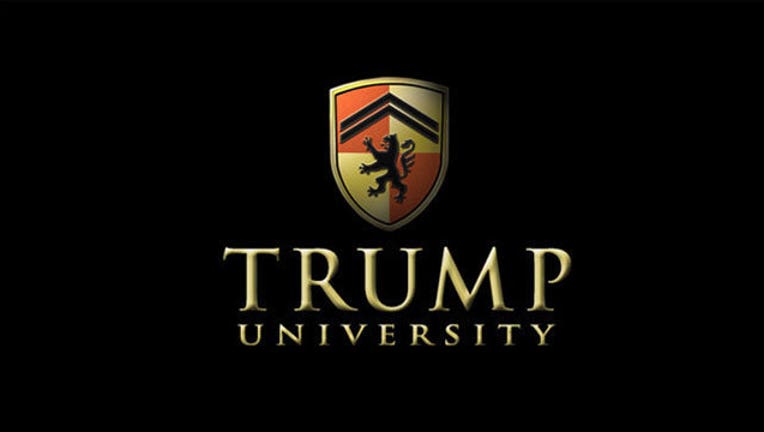 FORT LAUDERDALE, Fla. (AP) - President Donald Trump's $25 million settlement of a class-action lawsuit that alleged fraud at his now-defunct Trump University may be put on hold because a former student in Florida wants a full refund plus interest and an apology.

A federal judge in San Diego will decide Thursday whether to let Sherri Simpson opt out of the settlement and sue the president individually.

Simpson, a Fort Lauderdale bankruptcy and consumer rights attorney, told The Associated Press on Wednesday that she thinks Trump should acknowledge wrongdoing and apologize. Simpson and a partner paid $35,000 in 2010 to enroll in Trump University's "Gold Elite" program, where they were supposed to be paired with a mentor who would teach them Trump's secret real estate investment strategies.

Like other members of the lawsuit, Simpson said they got little for their money - the videos were 5 years old, the materials covered information that could be found free on the internet and her mentor didn't return calls or emails. Under terms of the settlement, Trump admitted no wrongdoing and the students will get back 80 percent of their enrollment fees - about $28,000 for Simpson and her partner.

Trump's lead attorney Daniel M. Petrocelli didn't immediately return a phone message or email. But attorneys representing both the former students and the president have told the judge they oppose Simpson's request and want him to give final approval to the settlement. They say Simpson and the other former students were informed in writing that they had to opt out of the lawsuit by Nov. 16, 2015, if they wanted to pursue individual lawsuits. They say she filed a claim form on Feb. 1 to receive her share of the settlement, but then filed her objection three weeks ago.

"The 2015 notices were crystal clear," wrote Rachel L. Jensen, an attorney for the students, in a court filing. "If Simpson had any questions or concerns, she could have brought it up with counsel for the class on any one of their many calls. She did not."

Simpson argues that the written notice also said that if the students obtained money, they would be notified how to receive their share or "how to ask to be excluded from any settlement."

Of the 3,730 members of the class, attorneys said only Simpson and a man who wants triple his money back have objected. Thirteen former students opted out before the 2015 deadline, but none have sued Trump individually.

Carl Tobias, a University of Richmond Law School professor who has been following the lawsuit, thinks the judge will approve the settlement but could let Simpson pursue her own lawsuit. If she does, it would raise the question of whether Simpson's attorneys could depose a sitting president, and the case could be delayed until Trump leaves office.

The lawsuit became campaign fodder last year as supporters for Democratic nominee Hillary Clinton said it showed Trump University was a scam and that Trump lied in its advertising. Trump told prospective students that he "hand-picked" the teachers and had helped devise the curriculum, which he said would be "Ivy League quality."

But in a 2012 deposition, Trump told lawyers that he had no direct role in hiring teachers or designing courses. Trump University, which opened in 2005, changed its name to "The Trump Entrepreneur Initiative" in 2010 after New York officials said it was not an accredited school. It mostly ceased operations later that year.

During the campaign, Trump blasted Curiel's rulings on the lawsuit and insinuated that the Indiana-born judge's Mexican ancestry influenced his decisions.

Trump has proposed building a wall between Mexico and the United States as a curb to illegal immigration. Curiel was appointed to the bench in 2012 by President Barack Obama.

Trump vowed never to settle the case. But less than two weeks after the election, the settlement was announced.

Trump tweeted shortly after, "The ONLY bad thing about winning the Presidency is that I did not have the time to go through a long but winning trial on Trump U. Too bad!"