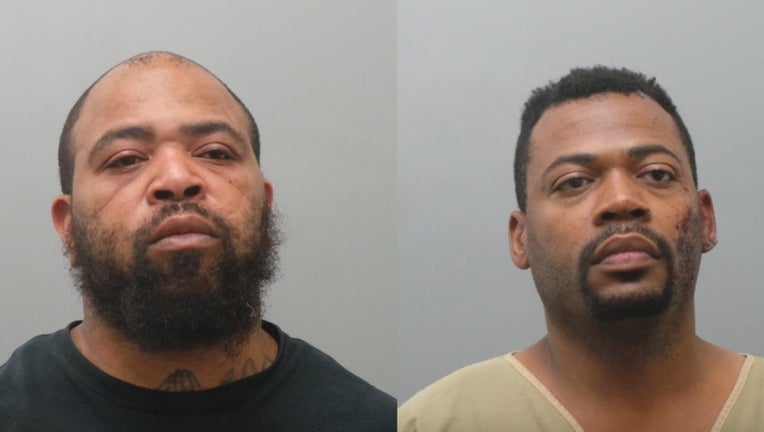 BLACK JACK, Mo. - Two men have been charged with murder after a house explosion near St. Louis, Missouri, killed four people, including three teenagers, who were assembling illegal fireworks in a garage.

According to St. Louis County police, 37-year-old Terrell Cooks and 43-year-old Seneca Mahan made fireworks with an "explosive charge far in excess" of what state law allows, then directed younger people on how to load the canisters and attach a fuse for lighting. They would then sell the fireworks to third parties. Neither of them had a license to make or sell fireworks.

The four people killed were identified as Travell Eason, 16; Christopher Jones, 17; Damario Cooks, 18; and William Jones, 21. Police said several others were taken to a hospital with injuries, including a 16-year-old and a 12-year-old. The charges will likely be upgraded; they were filed before a fourth victim died Saturday.

Cooks and Mahan are each charged with three counts of second-degree murder, two counts of endangering the welfare of a child, and two counts of unlawful possession of an illegal weapon. Both are being held on a $350,000 cash bond.

"No one has any business trying to manufacture explosives in a residential neighborhood, let alone as an amateur," a spokesperson for the St. Louis County prosecutor’s office said. "We intend to hold these individuals accountable for their reckless actions and this senseless loss of life."

Investigators observed Cooks moving boxes of chemicals used to make explosives to his vehicle following Friday's explosion. They also found large quantities of "completed explosive weapons and components to manufacture them" when they searched a home and other vehicles connected to Cooks.

The blast destroyed a house, shook nearby homes and blew out a few neighboring windows, police said.

"If you buy 50 pounds of any explosive, you have just created a bomb," Ankeneth Corbin, the local fire chief, told The St. Louis Post-Dispatch.