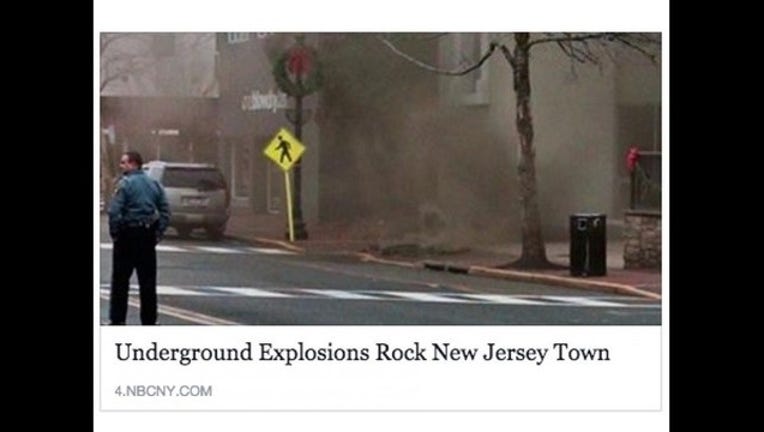 No one was injured in the afternoon blasts that were visible in manholes near Peters Place on Broad Street. Police evacuated three downtown buildings, while about 260 homes and businesses nearby lost power, according to NBC4 in New York.

Utility workers couldn't estimate when power would be restored, according to NBC4.