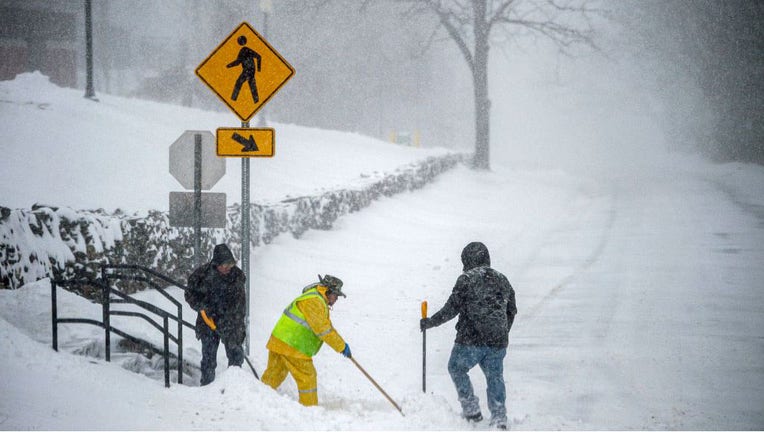 A crew clears a stairwell and crosswalk on Jan. 29, 2022, during a winter storm in Hartford, Connecticut. (Mark Mirko/The Hartford Courant/Tribune News Service via Getty Images)

LEWISTON, Maine - Many Americans have been broiling through an above-average summer, but if the Farmers' Almanac winter forecast is right, some parts of the nation are heading for a polar opposite experience this winter.

Their annual whimsical forecast is hinting at a particularly harsh winter across much of the North with "real shivers" that "might send people in the Great Lakes areas, Northeast and North Central regions hibernating."

7 THINGS YOU NEED TO KNOW ABOUT WINTER DRIVING:

In fact, their forecast map declares much of the upper Midwest a "Hibernation Zone" with a "glacial, snow-filled" winter head with temperatures forecast to drop as cold as -40 in the North Central states in mid-January which would be near record territory for some cities (such as Fargo, North Dakota) if such forecasts came to pass.

While temperatures wouldn't be that cold in the Northeast, the Almanac is predicting "significant shivers" there. Even in the Southeast, whose forecast isn't particularly snowy, is still looking at a "shivery, wet and slushy" winter, according to the Almanac. 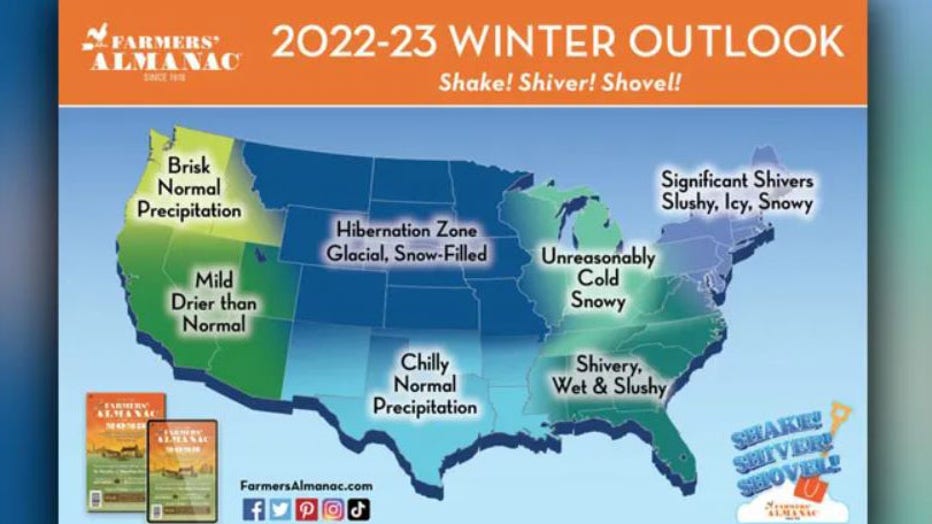 As for the Southern Plains, expect the brunt of winter to come in January, with heavy snow predicted in the first week of 2023 in Texas and Oklahoma.

DUDE, WHERE’S MY CAR? HOW TO SUCCESSFULLY DIG YOUR CAR FROM THE SNOW — AFTER YOU FIND IT:

If shivering is not your thing, head west. The Almanac forecasts continued drier than normal conditions across the parched Southwest and Intermountain West while the Pacific Northwest is tabbed as "brisk" but with normal precipitation. That would make for a wet winter as "normal" winter is the wettest time of the year up there.

The Farmer's Almanac's shiver-fest forecast is in conflict with NOAA's current winter forecast. 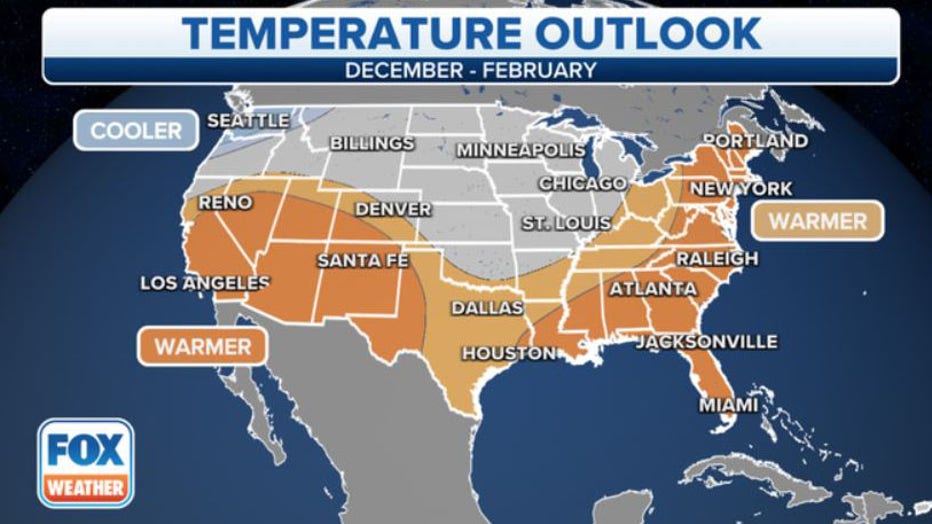 Which is predicting a greater-than-average chance of a warm winter across the Southwest, Southern Plains and the entire Eastern Seaboard.

On the other hand, it's the Pacific Northwest leaning toward another chilly winter.