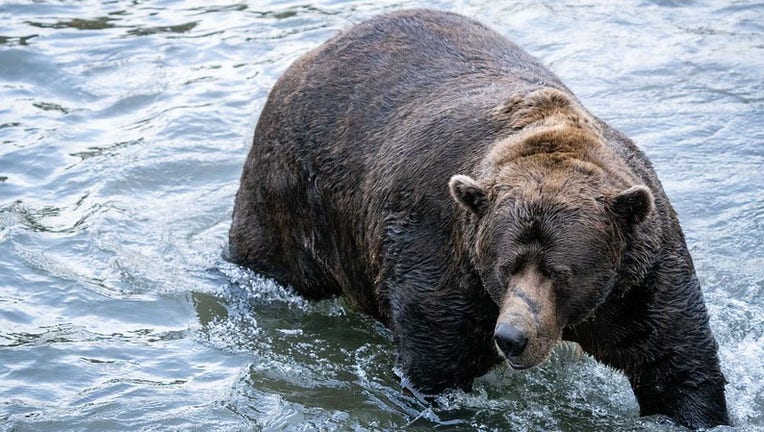 KATMAI NATIONAL PARK, Alaska - It’s that time of year again – bears are preparing for hibernation, and the public gets to judge a chosen sleuth of bears who have been packing on the pounds for this year's Fat Bear Week competition.

Fat Bear Week is an annual, single-elimination tournament in which the public votes for which bear they think is the fattest. Not only are they voting for the chunkiest contender, but they are also judging which bear was most successful in preparing for hibernation.

"Which brown bear best transcends the ordinarily large and enters the realm of extraordinarily fat?" Explore.org, the creator of the competition, asks. "There’s no fat shaming in Fat Bear Week. Fat bears exemplify the richness of Katmai National Park and Bristol Bay, Alaska."

The bears along the Brooks River in Alaska have been consuming their final meals, and the competition highlights the importance of bulking up for their winter hibernation.

Bristol Bay is a wild region of Alaska and is home to more brown bears than people and the largest, healthiest runs of sockeye salmon left on the planet.

A record number of sockeye salmon returned to Bristol Bay this summer, according to explore.org.

"Fat Bear Week 2022 might be the biggest ever," explore.org says.

Like every single-elimination tournament, the bear with the most votes will advance to the next round and could soon be crowned champion. The contest will run from Oct. 5 to Oct. 11.

"Fat Bear Week is for the fans! It is a party that celebrates the March Madness of Nature," says explore.org founder Charlie Annenberg Weingarten. 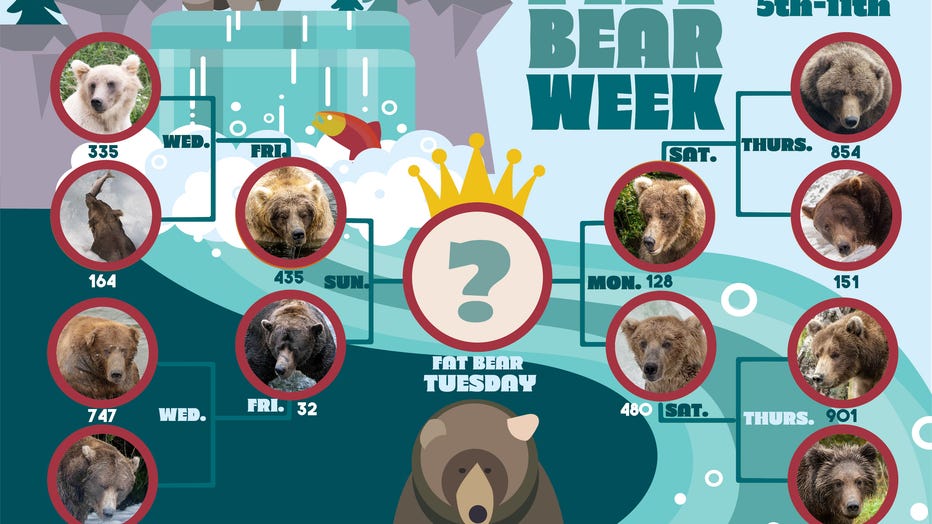 Vote for which bear prepared best on explore.org’s website.

Why are we rooting for bears to get fat?

While it might seem silly to vote on the fattest bear and call it a success story, the competition highlights the importance of bears preparing for hibernation.

During hibernation, bears don’t eat or drink. The animals lose one-third of their body weight, so their winter survival depends on accumulating ample fat reserves before entering the den.

Bears are currently at the peak of hyperphagia.

The 12-year-old said he had recently watched a video on how to behave if you run into a bear.

Hyperphagia is when bears try to eat whatever they can to pack on the pounds and survive the winter. It usually lasts from late summer to early fall.

Colorado Parks and Wildlife say that bears need 20,000 calories daily to gain enough fat to survive the winter without eating or drinking during hyperphagia.

According to the National Park Service, bears may lose 15-30% of their body weight during hibernation, so it’s crucial to get enough calories before their long winter nap.

Join in on the annual tradition by voting here from Oct. 5 to Oct. 11.