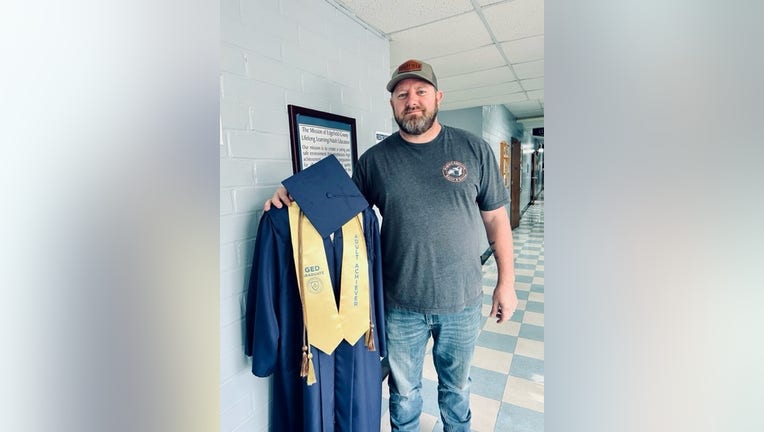 EDGEFIELD, S.C. - The year was 1995. Sixteen-year-old Clyde Welch Jr. was in 10th grade and made the tough choice of dropping out of high school in Harlem, Georgia.

"My home life was not good," Welch told FOX Television Stations. "Mother suffered from mental health issues and Dad wasn’t any help. So I moved out on my own at 15."

The following year, he started a full-time job in construction and put his high school education in his rear view mirror.

RELATED: Congrats, grads! Here are some discounts, freebies offered for class of 2022

For the next 27 years, Welch worked hard to build a successful life. He further developed his concrete and carpentry skills as a laborer. He then switched career paths and became a technician, eventually running his own small appliance repair shop called Augusta Appliance Repair & Service in Edgefield, South Carolina.

He also married and had children.

But there was a void, and Welch thought back to the difficult decision he made when he was a teenager.

"Three of my children are still in high school and I felt I needed to be an example to them and to show them how important an education is," Welch said.

And that’s when he turned to his faith. 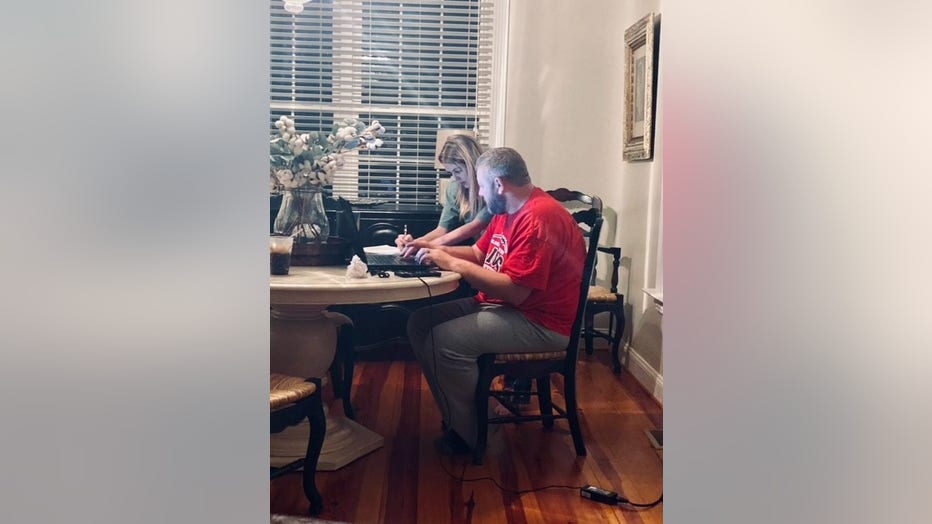 Welch studying for his GED with his children. (Credit: Clyde Welch Jr.)

"After much prayer, I felt I was led by God to obtain my GED," he added.

Welch then started work on getting his GED, an alternative to the U.S. high school diploma, and earned his diploma in March from Edgefield-McCormick County Adult Education and Literacy Center.

"They made the process simple and helped to eliminate my fear of going back to school after 27 years," Welch recalled.

The father also credits his family for helping him to stay on top of his studies. He said his 16-year-old daughter, Holly, tutored him in science while his other children helped him study and prepare for tests. 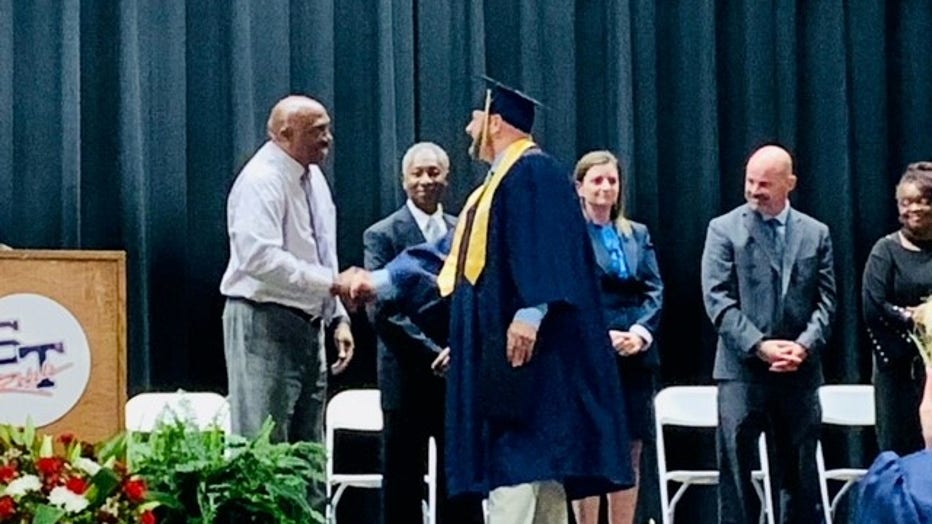 "My sister-in-law, Kari, drove over 100 miles to tutor me in math to prepare me for the test," he added.

Welch said now that he has his diploma, he would love to obtain his certificate in theology and a degree in engineering.

"You may not have been born into a good life, or you may have made decisions that changed your path," he said. "And that’s okay. I just want to encourage people to take the next step to acquire the necessary education that will enable them to move forward with their personal goals. With courage, discipline and commitment it can be achieved."

Welch also quoted a bible verse that motivated him through his journey: "Seek His will in all you do, and He will show you which path to take."