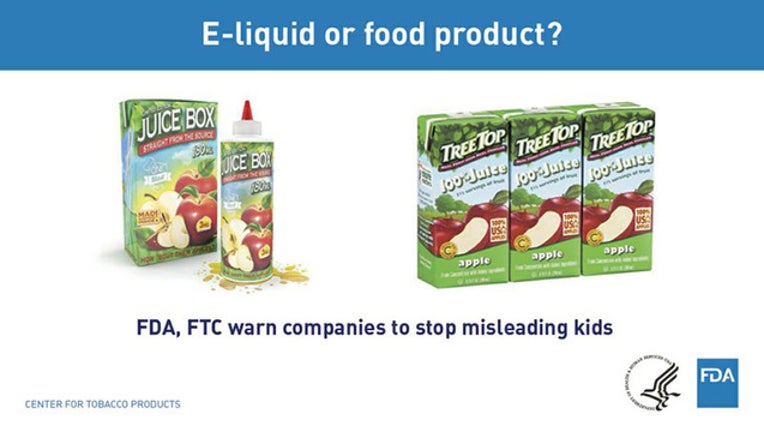 The US Food and Drug Administration issued warnings Tuesday, May 1, 2018, to more than a dozen makers of liquid nicotine for packaging their vaping formulas to resemble children’s juice boxes, candies and cookies. (FDA)

The Food and Drug Administration said Tuesday the packaging practice is illegal for vaping formulas. The agency says children could mistakenly drink the liquids, which are intended for use in e-cigarettes and vaping devices. Exposure to nicotine can cause seizures, coma and heart failure in children.

The warning letters were sent to more than a dozen companies. Some of the packages look like juice boxes, Warhead candies and Nilla Wafers.

The action comes one week after the FDA disclosed a nationwide crackdown on underage sales of Juul e-cigarettes, which have become popular among some teenagers as a way to vape at school and in public.