Dr. Colleen McNicholas, the chief medical officer for Planned Parenthood in St. Louis, testified in a Senate Judiciary Hearing examining abortion rights in light of the Supreme Court overturning Roe v. Wade. McNicholas was asked by Republican Sen. Tom Cotton about violence he claims were committed against pro-life groups after the ruling and whether she condemns the violence. Dr. McNicholas answered by going through a list of doctors, employees and volunteers who were murdered in the last 30 years because they were performing or assisting with legal abortions.

The Georgia law bans most abortions once a "detectable human heartbeat" is present. Cardiac activity can be detected by ultrasound in cells within an embryo that will eventually become the heart as early as six weeks into a pregnancy, before many women realize they’re pregnant.

The Georgia law includes exceptions for rape and incest, as long as a police report is filed. It also provides for later abortions when the mother’s life is at risk or a serious medical condition renders a fetus unviable.

A three-judge panel of the 11th U.S. Circuit Court of Appeals said that a U.S. Supreme Court ruling in a Mississippi case that overturned Roe v. Wade clears the way for the law to take effect, saying it "makes clear no right to abortion exists under the Constitution, so Georgia may prohibit them."

The appeals court also rejected arguments that a "personhood" provision in the law is unconstitutionally vague. The provision grants personhood to a fetus, giving it the same legal rights as people have after birth. 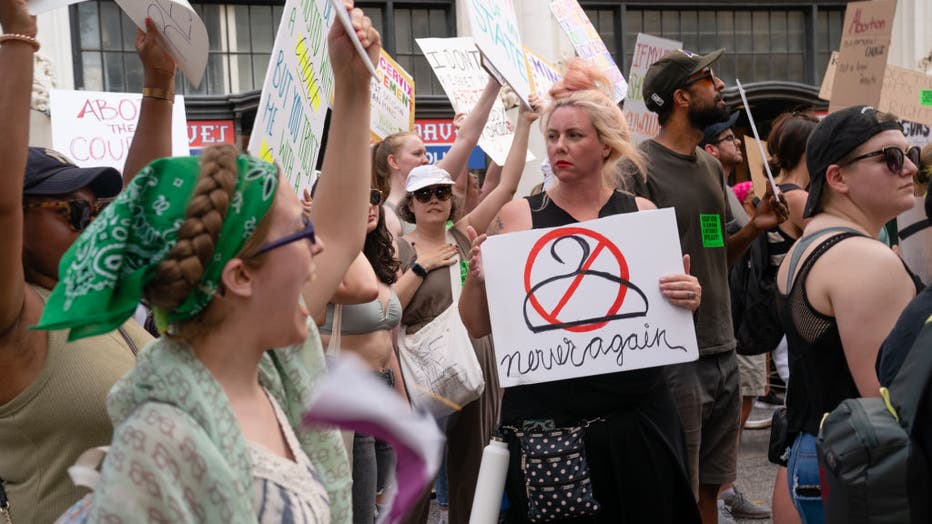 A federal judge put the law on hold before it could take effect and in July 2020 permanently blocked it, saying it was unconstitutional under the Supreme Court precedent that was recently overturned. The state appealed to the 11th Circuit, and a three-judge panel of the appeals court last fall said it would wait for the Supreme Court ruling in the Mississippi case before taking action on Georgia’s appeal.

The Supreme Court ruled on June 24 and Georgia’s attorney general asked the appeals court that afternoon to overturn the lower court ruling and allow the state’s abortion law to take effect.

Georgia’s so-called heartbeat law was one of a wave of laws passed by Republican-controlled legislatures in recent years to attack those rulings as anti-abortion activists and lawmakers saw an opportunity in a new conservative Supreme Court majority.