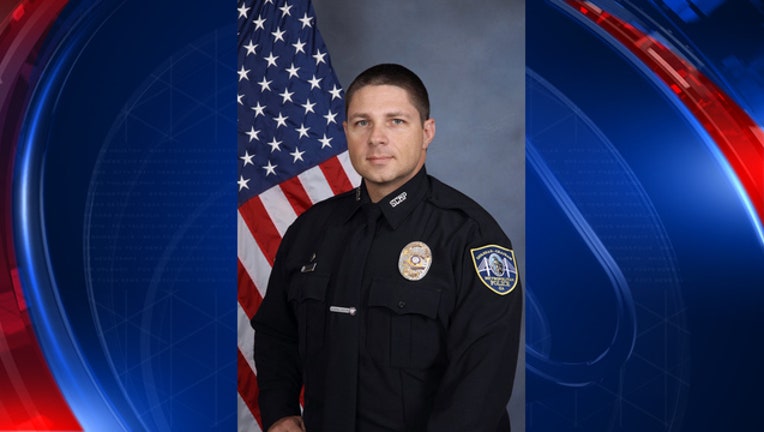 SAVANNAH, Ga. (AP) - Flags are flying at half-staff in a Georgia community mourning the death of a police officer.

Funeral services were scheduled Saturday for 37-year-old Savannah officer Anthony Christie. His patrol car was hit by a tractor-trailer May 25 while directing traffic at a crash scene on Interstate 16.

Gov. Nathan Deal ordered flags to be flown at half-staff throughout Chatham County on Saturday. Police planned to shut down parts of major roads in Savannah for the funeral procession.

Savannah police said 37-year-old Christie was parked in his patrol car with lights activated in the eastbound lanes of the highway to divert traffic onto another road when the tractor-trailer struck the side of his vehicle.

Christie was a U.S. Navy veteran hired by the police department in 2015.