A Southwest Airlines flight attendant garnered a chorus of laughter while giving a campy safety demonstration on a July 5 flight from Nashville, Tennessee, to Atlanta, Georgia. (Credit: Brittney Abernathy via Storyful)

They say if you love your job, you never work a day in your life and that’s probably what this one Southwest flight attendant was thinking during a flight from Tennessee to Georgia on July 5.

Video shared on Twitter by Brittney Abernathy showed one of the flight’s crew members really hamming it up while giving a safety demonstration.

In the video, the unnamed flight attendant seductively unrolled one of the life vests and charismatically modeled it as he strutted down the aisle as if it were a catwalk. 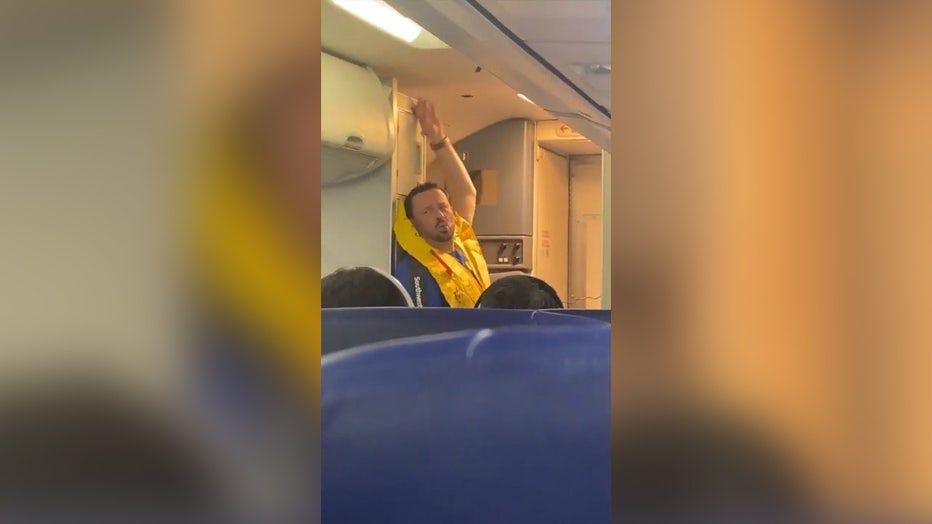 During the portion of the demonstration which discussed putting a life vest on an infant, the flight attendant mimed holding a baby in his arms after which he appeared to promptly throw the imaginary baby aside before he sashayed away.

The unexpected charismatic performance was met with laughs and was appreciated by those on board, according to Abernathy.

Abernathy later posted the video on Twitter with the caption, "Hey @SouthwestAir give this man a raise."

Storyful contributed to this report. This story was reported out of Los Angeles.