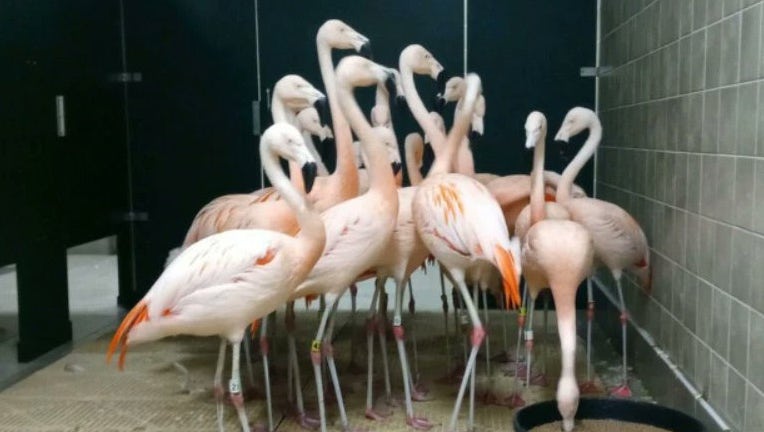 ST. PETERSBURG, Fla. - As Hurricane Ian came ashore Wednesday, millions of Floridians either evacuated or hunkered down at home. That included some of St. Petersburg’s most famous feathered friends.

The flamingos at Sunken Gardens waited out the winds inside a bathroom at the park, recalling a famous moment from another destructive storm, Hurricane Andrew.

"Our animals are safe w/staff on site to see them through the storm," Sunken Gardens tweeted Wednesday. "The flamingos are having a hurricane party in the bathroom."

Sunken Gardens is a classic "old Florida" attraction that remains a popular destination in St. Pete. The city-owned park traces its history back to 1911 and is home to some of the oldest tropical plants in the region, as well as a variety of animals like butterflies, turtles, tropical birds, and, of course, flamingos.

Supervising director Dwayne Biggs told FOX TV Stations on Thursday that Sunken Gardens is in "great shape" after the storm.

"There’s some damage in the gardens, but not catastrophic," he offered.

Forecasters feared that Hurricane Ian might slam into the surge-vulnerable Tampa Bay area, the region’s first direct hurricane strike in 100 years. But it eventually roared ashore in the Fort Myers area, about 100 miles to the south.

Devastating storm surge and winds left Naples and Fort Myers underwater, while the slow-moving hurricane dropped over a foot of rain over Central Florida, flooding parts of Orlando.

Many officials are comparing the long-term effects to that of Hurricane Andrew, which leveled Homestead back in 1992. During that storm, keepers at the Miami Metrozoo scrambled to shelter the animals, and the flamingos wound up huddling in the public bathrooms. 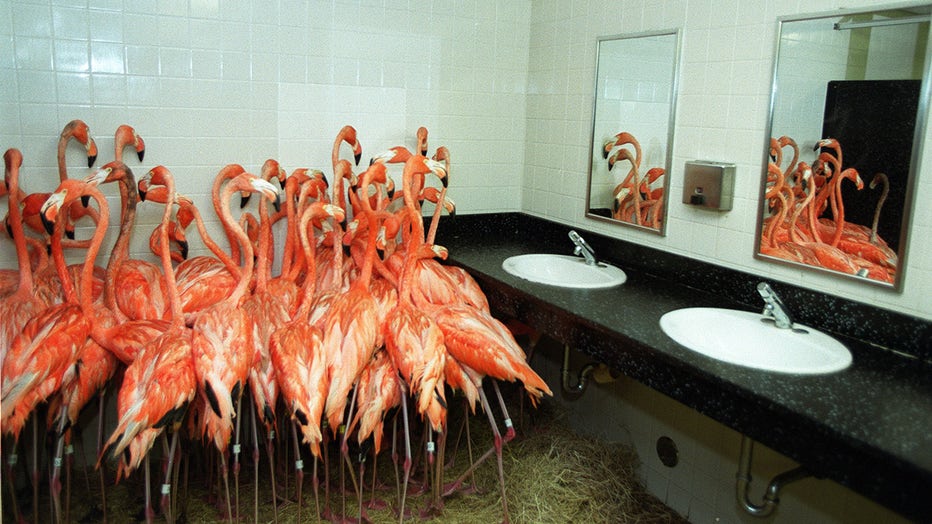 "That’s a stressful procedure. We don’t want to hurt the flamingos. We don’t want to do it unless we’re pretty much absolutely sure that this thing is coming this way," the zoo’s communication director, Ron Magill, recalled in a 2017 interview with Florida Power & Light.

Magill’s photo ended up becoming one of the most enduring images of the disaster, and the zoo has repeated the procedure in subsequent storms.

Biggs agreed that bathrooms actually make good shelters for the birds. The flamingos do have their own hurricane-rated building at Sunken Gardens, but the magnitude of the storm led managers to opt for the bathroom plan, which seemed to suit the birds just fine.

"They did great," Biggs added.

Cleanup continues at the park with the goal of reopening this weekend.