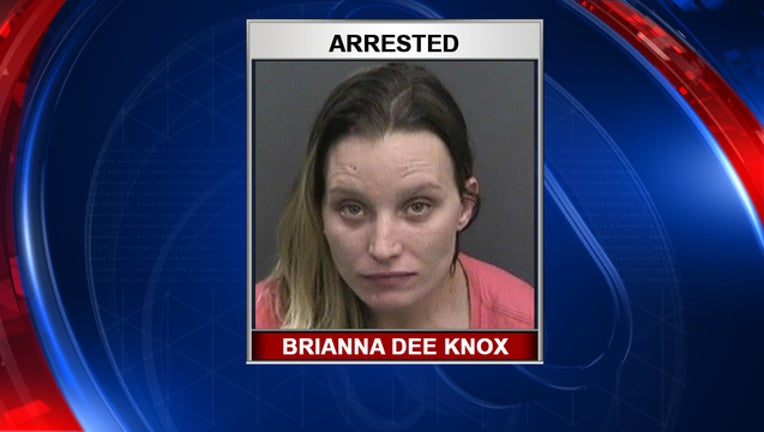 SEFFNER, Fla. - The Florida Highway Patrol says a 28-year-old woman was driving drunk with her young son in the car when she crashed into several vehicles on Interstate 4.

Troopers said Brianna Dee Knox crashed into four cars near Tampa on Tuesday afternoon, and then got out of her vehicle and started acting "erratically and disturbed." She faces charges of DUI, child neglect, leaving the scene of a crash and battery on a law enforcement officer.

The arrest report said Knox took the 2-year-old boy from the car and let him wander toward traffic while she urinated on the side of the road. Knox kicked one of the troopers as she was being handcuffed.