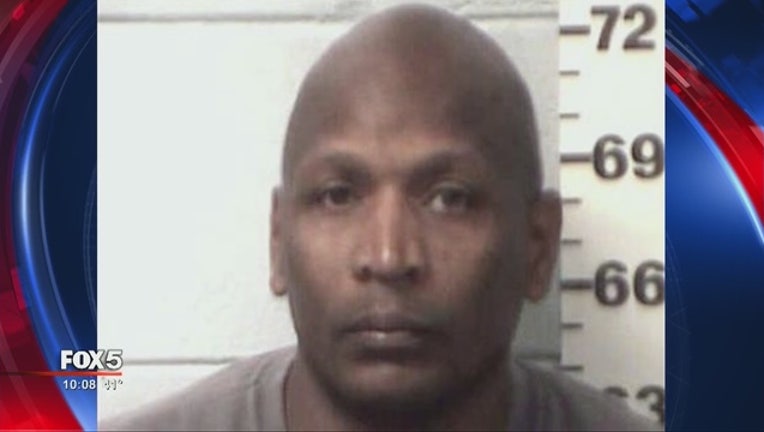 ATLANTA (AP) - A former high-ranking prison officer who raped at least three female inmates at a Georgia prison and then intimidated them to keep them from reporting the assaults has been sentenced to serve more than four years in federal prison.

U.S. District Judge William Moore on Monday sentenced Edgar Daniel Johnson, 51, to serve four years and three months followed by three years of supervised release, according to online court records. Johnson will also have to register as a sex offender.

He admitted that between Nov. 1, 2012, and Sept. 30, 2013, he had non-consensual sex multiple times with three female inmates at Emanuel Women's Facility in Swainsboro, where he worked as a guard, according to a plea agreement.

Johnson also admitted calling Southside Fire Department in Chatham County to report a false bomb threat on Elba Island near the Port of Savannah in May 2017.

The women Johnson sexually assaulted are identified in court filings only by their initials, and The Associated Press generally does not name alleged victims of sexual crimes.

A woman who said she is the one identified in court filings as "S.A." said in a phone interview Tuesday that she was relieved Johnson was sentenced to prison and will have to register as a sex offender.

"It makes me feel real good because he cannot go out and hurt anyone else," she said. "His name will forever be out there."

Her assigned work detail from spring 2012 through August 2013 included cleaning Johnson's office. One day he stood behind her, put his arms around her and put his hands down into the front of her pants, she said. She grabbed his hands and asked why he was touching her, and he told her he liked her and that she was very pretty, she said.

She asked him not to touch her like that, but he frequently groped her when she was in his office and raped her twice, she said. Once she was out of prison, he harassed her by phone, she said.

The women in this case said Johnson forced them to have sex. But even consensual sex between an inmate and a prison employee is illegal.

Because inmates are vulnerable to sexual assault both by prison staff and other inmates, Congress in 2003 passed the Prison Rape Elimination Act, which calls for corrections systems to have a zero-tolerance policy on prison rape.

Investigators with the Georgia Department of Corrections began to look into allegations against Johnson after numerous inmates filed complaints, describing specific scenarios with similarities and details no one else would know, investigator Clay Nix told the AP in 2015. He said at the time that his office had identified more than a dozen women who said Johnson had assaulted them.

Johnson was fired in April 2015 and was arrested the following month on multiple state-level charges related to the investigation.

The status of the state case was not immediately clear. The plea agreement says the Emanuel County district attorney's office had said it would dismiss all pending state charges if Johnson successfully entered a plea to the federal charges.