Former New Jersey Gov. Jim Florio has died. He was 85.

NEW JERSEY - Former New Jersey Gov. James Florio, who enthusiastically backed a plan that substantially raised the state's sales and income taxes — a stance that cost him his job — died Sunday. He was 85.

Florio, a Democrat, was a longtime public servant who held numerous posts on the local, county, state and federal levels, including four years in the state Assembly and 15 years in the U.S. House of Representatives.

In a statement, Gov. Phil Murphy, a fellow Democrat, called Florio a "fighter who never backed down."

"He was a leader who cared more about the future of New Jersey than his own political fortunes. And he was also a friend whose kind counsel was invaluable to me and countless others across our state," Murphy said. "Our communities are cleaner today because of the environmental efforts he championed in Congress. And our streets are safer today because of his dogged effort to enact and defend our state's assault-weapons ban, which remains the law to this day."

Florio made three unsuccessful runs for the governor before finally succeeding in 1989, when he defeated Republican Jim Courter and became the first Italian-American to serve as the state's chief executive. 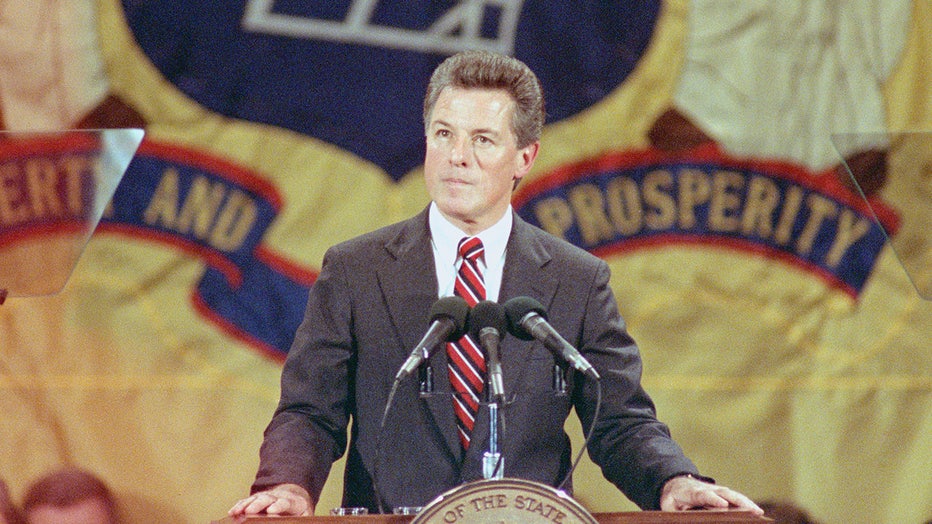 Florio drew sharp criticism in 1990 when he pushed a $2.8 billion tax increase through the state Legislature that extended a sales tax to, among other things, toilet paper. It spawned massive voter resentment and spurred the formation of Hands Across New Jersey, an anti-tax grassroots group that used rolls of toilet paper as its symbol.

In 1993, Republican Christie Whitman ousted Florio after one term. She tapped into voter anger over the tax hike and won the race by about 26,000 votes. In a statement on Twitter, Whitman praised her former rival.

"Jim Florio was an American patriot who put principles first. He stood by his convictions no matter what the cost, and I am glad we got to know one another better after he left office," Whitman tweeted. "I will always respect the service and dedication he showed to the people of New Jersey."

Long after he left office, Florio continued to be an active voice and weighed in on several issues. He was a regular in the halls of the statehouse during legislative sessions.

Born in Brooklyn, New York, Florio attended Trenton State College (now known as The College of New Jersey) and graduated from the Rutgers School of Law in 1967. He also served as an officer in the Navy from 1955 to 1958 and continued as a reservist until 1975, eventually achieving the rank of lieutenant commander.

"More than anything, Governor Florio showed that legacies are built by doing the right things," Murphy said in his statement. "Our state has lost a good man, and later this morning I will sign an executive order directing our flags to fly at half-staff in his honor."