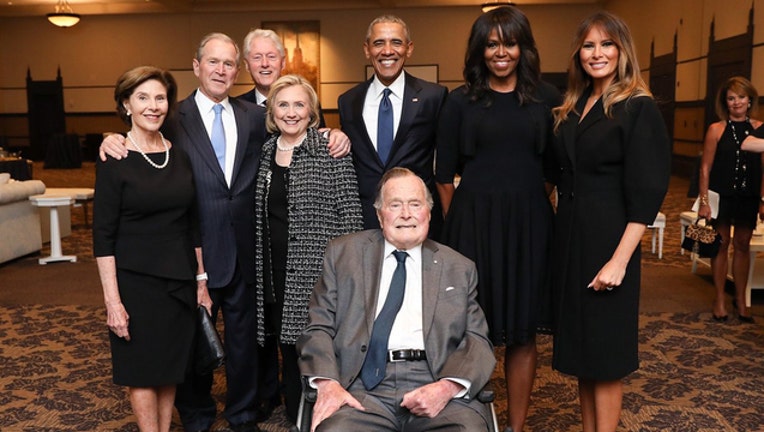 HOUSTON (FOX 26) - Former President George H.W. Bush has tweeted for the first time since he was admitted to the hospital for a blood infection.

He shared his deep appreciation for the way the city honored his wife former first lady Barbara Bush in her funeral services.

"My family and I thank Mayor Sylvester Turner, his terrific staff, Houston Police, METRO Houston, SBC Houston, St. Martin's — and really all Houstonians — for your professionalism and obvious care in making Barbara's visitors and funeral guests feel so welcomed. Thank you all," Bush tweeted.

Bush was admitted to the hospital on Sunday, the day after Mrs. Bush was laid to rest.

McGrath also said, “The 41st President wants to go to Maine this summer. He’s the most goal-oriented person on the planet, and I would not bet against him.”