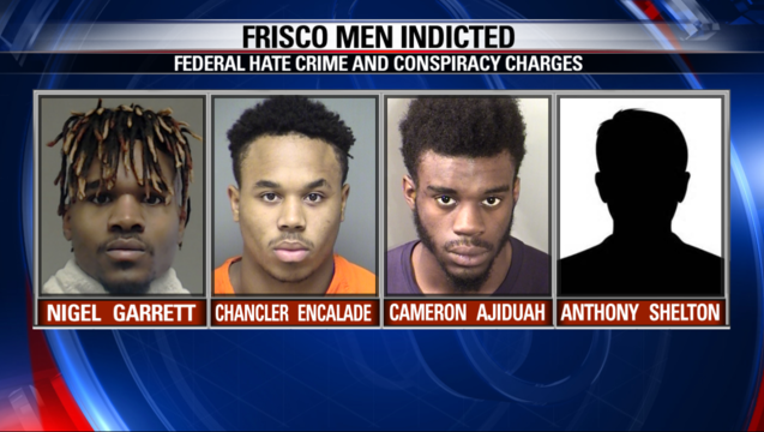 According to a news release from the U.S. Department of Justice, the men falsely claimed to be gay on the dating site Grindr. They arranged to meet their victims and then assaulted them during home invasions in Plano, Frisco and Aubrey, which is north of Dallas.

"Upon entering the victim's home, the defendants assaulted the victim, restrained the victim with tape, and made derogatory statements about the victim being gay," the release states.

The four alleged crimes all happened between January and February. In at least one case the men had a gun and stole a victim's vehicle.

They're now charged with conspiracy to cause bodily injury to a person because of sexual orientation, kidnapping, carjacking and the illegal possession of a firearm.