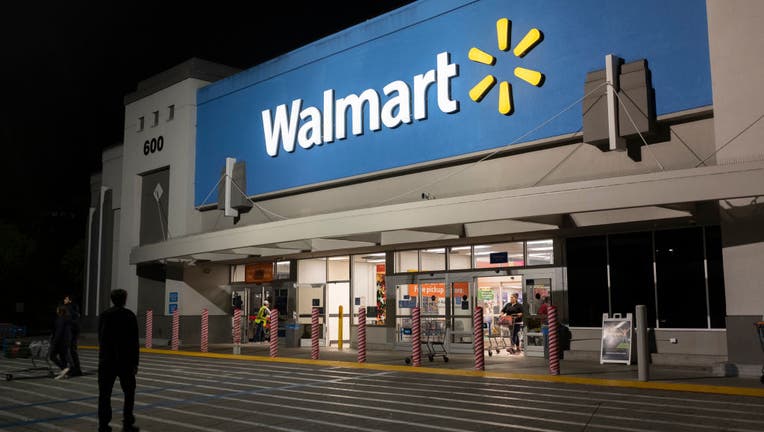 Walmart logo is seen at a store in Mountain View, California, United States on Tuesday, November 19, 2019. Thanksgiving and Christmas holiday shopping season has begun in the U.S. (Photo by Yichuan Cao/NurPhoto via Getty Images)

NEW YORK (AP) - The Federal Trade Commission said Tuesday that it has sued Walmart for allegedly allowing its money transfer services to be used by scam artists who stole "hundreds of millions of dollars" from customers.

In its lawsuit, the agency alleged that for years, Walmart failed to properly secure the money transfer services offered at its stores. The agency said Walmart didn't properly train its employees, failed to alert customers, and used procedures that allowed fraudsters to cash out at its stores. The FTC is asking the court to order Walmart to return money to consumers and to impose civil penalties on the company.

"While scammers used its money transfer services to make off with cash, Walmart looked the other way and pocketed millions in fees," Samuel Levine, director of the FTC’s Bureau of Consumer Protection, said in a statement announcing the action.

Walmart called the lawsuit "factually flawed and legally baseless." It said that the chair of the FTC refused Walmart the due process of hearing directly from the company, and said the Justice Department had refused to take the case to court.

Walmart, based in Bentonville, Arkansas, said that the agency is seeking to blame the company for fraud that the agency already attributed to another company, at a time that company was under the federal government’s direct supervision.

"Walmart will defend the company’s robust anti-fraud efforts that have helped protect countless consumers, all while Walmart has driven down prices and saved consumers an estimated $6 billion in money transfer fees," it said.

In addition to its retail business, Walmart offers financial services to consumers in its stores, including money transfers, credit cards, reloadable debit cards and bill payments.