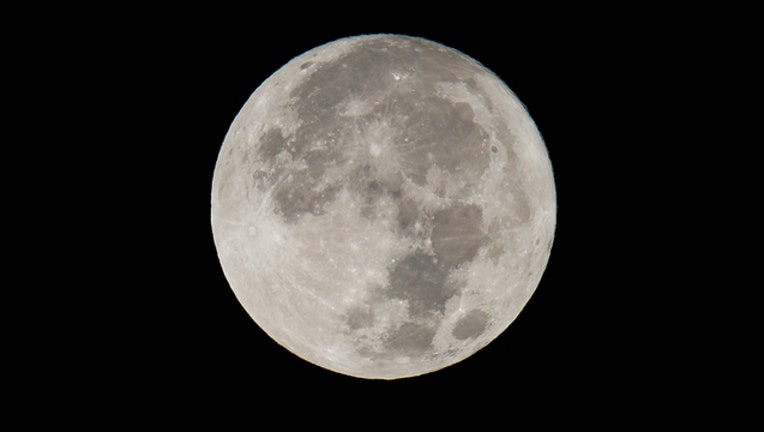 The moon, or supermoon, is seen as it sets over Washington on Monday, Nov. 14, 2016. Photo Credit: (NASA/Aubrey Gemignani)

WASHINGTON - (FOX NEWS) -- Stargazers, get your binoculars ready: a full moon, nicknamed the "worm moon" will grace the night's sky Thursday, and it will be the final one of the winter season.

The March 1 moon was dubbed the "worm moon" by the Old Farmer's Almanac in the 1930s because it's a sign spring is finally arriving.

It was named "worm moon" after "earthworm casts that appear as the ground thaws," NASA wrote in a post online.

You'll have the best view of the March 1 "worm moon" at approximately 7:51 p.m. ET, which is when peak fullness will occur.

If you can't catch it then, don't worry: the moon will appear full for at least three days – from Thursday night through Saturday morning, according to NASA.