The family of Gabby Petito has filed a $50 million wrongful death lawsuit against the Moab City police department for failing to protect Petito during a police stop where abuse was alleged. Attorneys for the family say the officers, who will be defendants in the lawsuit, were not properly trained and failed to follow the law during the stop.

"We said as parents we are going to help make changes. Here is a huge step forward," Petito's father, Joseph Petito, said in a tweet Friday. 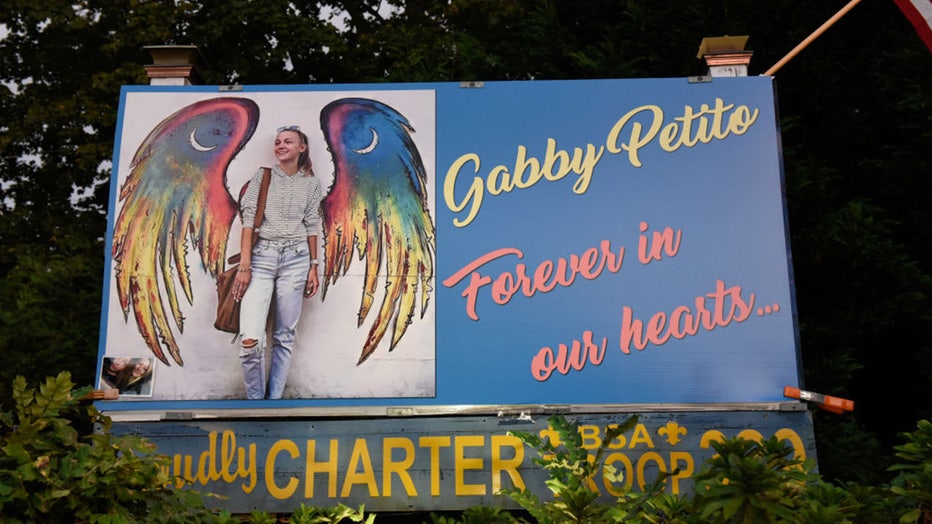 "Nobody should ever have to wonder about the fate of their missing child or loved one, but tragically, this is a reality for far too many," Cornyn said in a statement. "By improving the missing persons reporting process and improving coordination, this legislation ensures that local law enforcement can work swiftly and comprehensively to deliver justice to the families and friends of the missing."

GABBY PETITO CASE: ONE YEAR ON FROM DOMESTIC VIOLENCE INCIDENT THAT COULD HAVE PREVENTED A MURDER

Bluemnthal said the "bipartisan measure will bolster resources for law enforcement officials as they help families with the search for missing loved ones."

It has been just over a year since Gabby Petito's remains were found in a remote area of Wyoming in September 2021.

Petito had been traveling cross-country with her boyfriend, 23-year-old Brian Laundrie, in a converted van when her family reported the 22-year-old missing in August 2021.

An autopsy ruled Petito's death a homicide and revealed she died of blunt force trauma to the head. Laundrie, who also went missing after her death and was found dead in a nature preserve near his family's Florida home in October 2021, admitted to killing the 22-year-old in a suicide note obtained by Fox News Digital.

Three lawsuits related to her death, one naming Laundrie’s parents and another a Utah police department that allegedly mishandled a domestic violence call involving the couple two weeks before the murder, remain pending.

Her parents and stepparents, Joseph and Tara Petito and Nichole and Jim Schmidt, have spent a good part of the last 12 months raising awareness for domestic violence victims and missing persons through the Gabby Petito Foundation, which they established in her honor.

Petito’s disappearance and the ensuing manhunt for Laundrie captivated the country for months.

A makeshift memorial outside city hall in North Port, Florida, where the couple had lived before setting off on a cross-country road trip last year, attracted visitors from around the globe. They left handmade tributes, poems, crosses made from wood and stone, photographs, flyers, flowers and references to her as "America's daughter." Nearby, protesters regularly gathered outside Laundrie's parents' house, demanding they turn in their son, who sneaked out the evening of Sept. 13, 2021, and was not seen alive again.