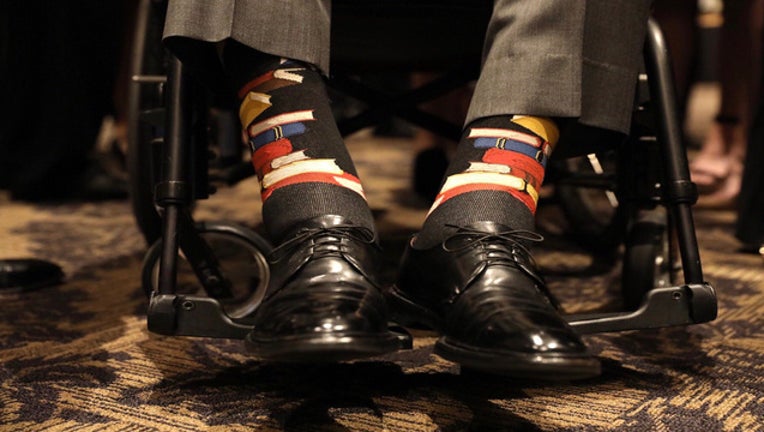 HOUSTON (FOX 26) - George H.W. Bush honored his wife Barbara at her funeral by wearing a pair of socks adorned with books.

Nothing ignited the passion of Mrs. Bush more completely than her crusade to give each American child the ability to read, and read well.

She died on Tuesday at home in Houston at the age of 92.

Her by-invitation-only funeral, which was held at St. Martin's Episcopal Church on Saturday morning, was attended by more than 1,000 family members, friends, and dignitaries.

Before the service, family spokesman Jim McGrath announced that George would be honoring his wife of 73 years and her commitment to family literacy by "wearing a pair of socks festooned with books."

The former first lady's passion for literacy began with the anguish of overcoming her son Neil's dyslexia and continued unabated to the White House with the establishment of the Barbara Bush Foundation for Family Literacy.

Her foundation raised over $110 million over the course of more than 30 years.