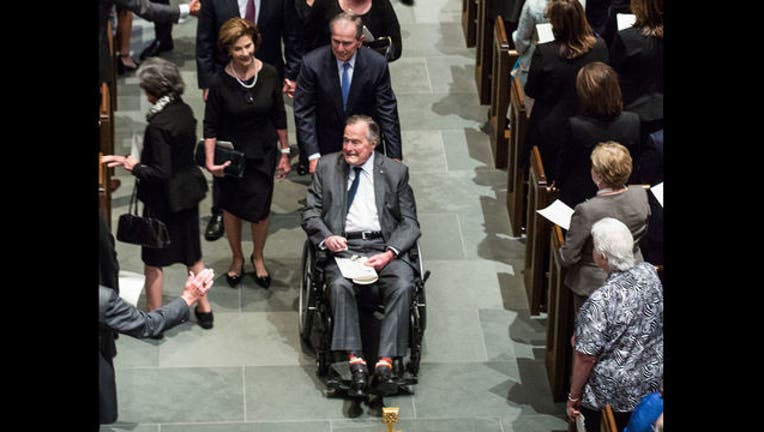 Just after 2 p.m., Jim McGrath, a spokesman for the 93-year-old Bush, said he was awake, alert and not in any discomfort. He said Bush would spend at least a few days in the hospital for observation.

Bush was taken to Southern Maine Health Care in Biddeford. A spokeswoman said Sunday all information would be released by the Bush family.

Bush arrived in Maine for the summer May 20. Coming about a month after the death of his wife, Barbara, of 73 years, the family said the 41st president was eager to return to the family compound on Walker's Point. He has visited every summer since childhood, the only exception being the years of his World War II service.

On Saturday, Bush attended a pancake breakfast at an American Legion post in Kennebunkport. He had been scheduled to attend a Memorial Day parade in the town Monday.

Bush, who has a form of Parkinson's disease and a history of pneumonia and other infections, was hospitalized in Houston on April 22, the day after his wife's funeral, for an infection. He remained hospitalized for 13 days.

Bush uses a wheelchair and an electric scooter for mobility. He has been hospitalized several times in recent years for respiratory problems.