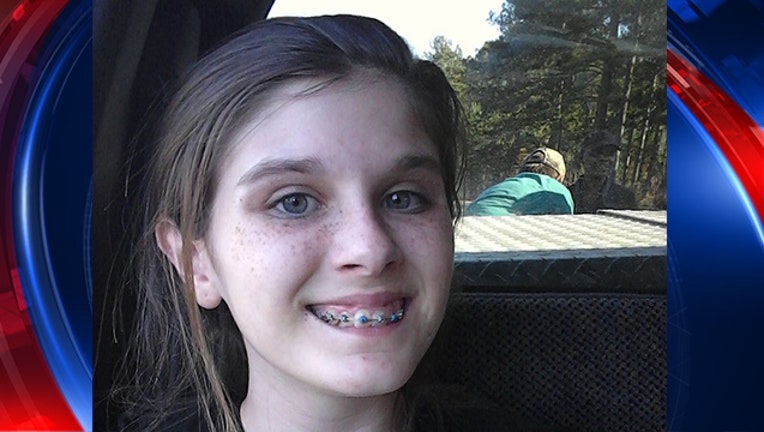 Jessica Ogletree posted a picture taken by her 13-year-old daughter to Facebook that had a little something extra looming in the background. No we're not talking about her brother in the green shirt. Look a little closer at the shadowy figure (Did your eyes widen, because ours sure did!).

The teen and her brother were reportedly fishing with their grandparents in Tifton, Georgia when something other worldly decided to tag along.

"Notice my son Kolton in the background and then notice the gentleman standing to his right!!!" Jessica posted on Facebook.

There's just one problem with the man in the background. According to Jessica, he doesn't exist! (Gasp!)

"Ya'll this gentleman was NOT with them today and there was no one else at these back ponds where they were fishing. The only people there today were Haley, Kolton and their grandparents..."

According to her mother, Haley was going back through pictures she had taken during the day and noticed the (dare we say it), "ghost man." Like any good teenager, she freaked out and called her mom. Mom wasn't so much freaked out as she was excited.

"I personally think it's pretty cool because today is Kolton's birthday and he caught the biggest fish he's ever caught! It looks like the man is happy for him!"

A happy, friendly ghost? Where does that sound familiar?

This isn't the first time a "ghost" has been caught on camera. In fact there have been thousands of photos taken that report to show some sort of figure (some nice looking, others absolutely terrifying) hanging around.

So, ghost of a long lost fisherman or just bad lighting? Let us know what you think by commenting on our Facebook page.