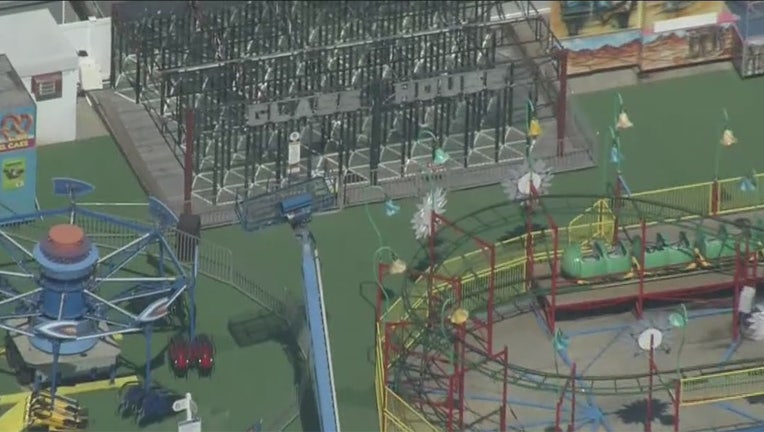 OCEAN CITY, N.J. - A worker died after he fell while he was working on a Ferris wheel at a popular Jersey Shore amusement park.

At 10:32 a.m. on Monday, Ocean City Fire Department EMTs responded to a call at Gillian's Wonderland Pier for reports of a welder who had fallen from a lift at the park.

Authorities say Robert W. Sanger, 62, of Pittsgrove, N.J., was transported to Shore Medical Center where he died of his injuries. Sanger was an employee of Cargo Tech International of Swedesboro, N.J.

Gillian's released a statement from company president Jay A. Gillian saying:  "Our thoughts and prayers go out to his family."

It wasn’t immediately clear how Sanger fell.  The fall remains under investigation by the federal Occupational Safety and Health Administration. The park said it is cooperating with the investigation into the "tragic accident."

Gillian, who is also running for re-election for the mayor of Ocean City, said he was suspending all campaign activity "effective immediately" in a Facebook post.