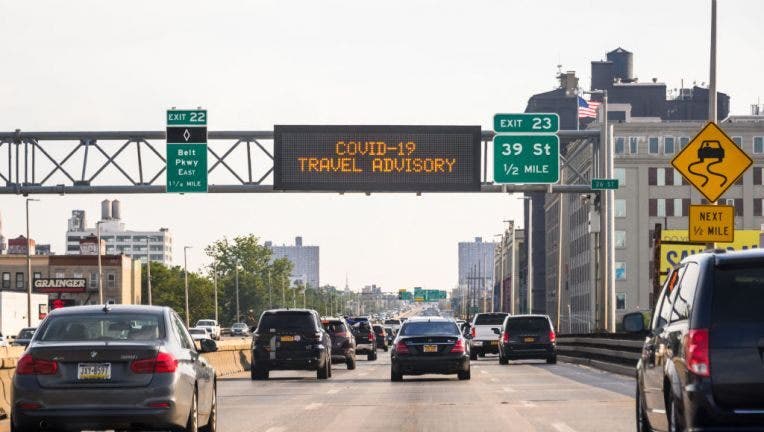 The first-term Democrat spoke about the new proposal made Monday by fellow Democrat New York Gov. Andrew Cuomo that would impose such a fine.

“New York and New Jersey do things a little bit differently,” Murphy said during a radio interview on 104.3-FM. “I don’t know that we will be fining people."

The advisory includes states if their seven day rolling average of positive tests exceeds 10%, or if the number of positive cases exceeds 10 per 100,000 residents.

New York's policy says airport travelers from those states face a $2,000 fine if they leave the airport without filling out a contact tracing form. Impacted travelers could face a hearing and an order requiring mandatory quarantine, under a new state emergency health order issued Monday.

Murphy has said he lacks the constitutional authority to block travelers from coming to the state. Instead, he has called for people to be behave responsibly.