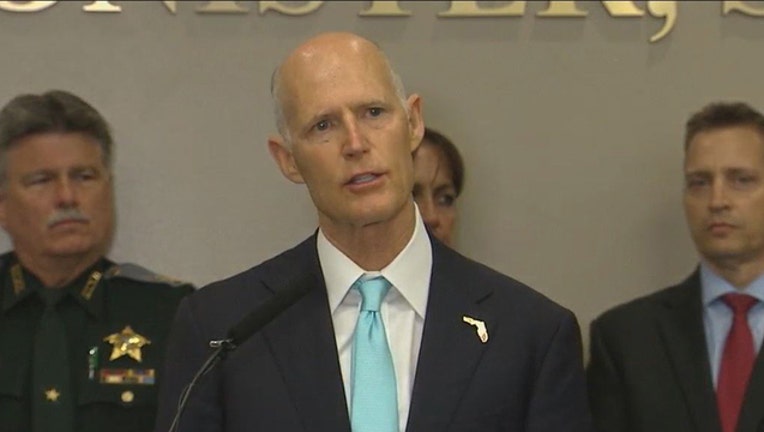 TAMPA (FOX 13) - Florida Governor Rick Scott had a sense of urgency Wednesday morning as he continued to push for major changes in school safety.

Scott arrived in Tampa to discuss his $500-million plan to keep students safe. Inside the Hillsborough County Sheriff's Office, he stood in front of a line of officials across the state: Sheriffs, police chiefs, commissioners and superintendents were present in the backdrop as Scott highlights the significant changes.

He said there is just a little more than a week of the Florida legislative session to get the bills passed.

"He knew we only had weeks left in session to make this work," Attorney General Pam Bondi said during the news conference. "He has been going nonstop to help these families."

She explained a new app is in the works -- with the help of students from Marjory Stoneman Douglass High School -- for people across Florida to report suspicious people and behavior.

The plan includes:
- School building improvements
- Creating a "see something, say something" hotline
- Adding more ways to keep guns away from people struggling with mental illness
- Eliminating gun sales to anyone under 21 years old
- Banning the use of 'bump stock' modifications
- Making school resource officers mandatory in all schools at a rate of one officer per 1,000 students
- Requiring annual active-shooter drills for all schools.