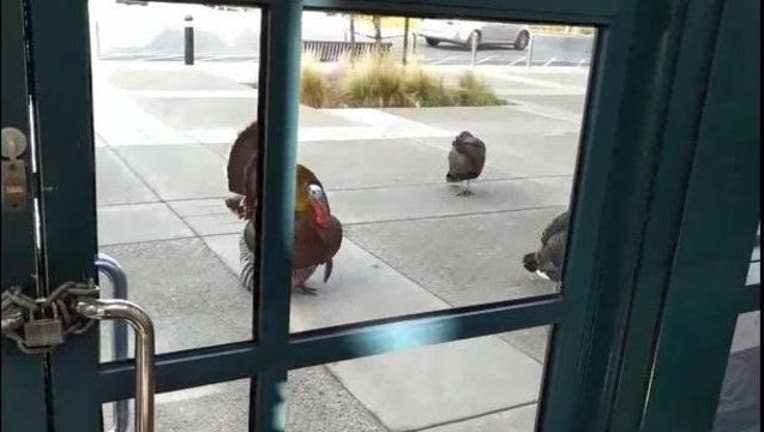 CONCORD, Calif. (KTVU) - Some patients are having to dodge turkeys while en route to a John Muir clinic in Concord, .

John Muir has been working the county, the Department of Fish and Wildlife and the US Department of Agriculture to find a solution to the problem.

Apparently, not everyone sees the turkeys as a problem. A permit to trap the turkeys was granted, but once the turkeys were captured, someone cut them loose to set them free again. Additional details on who released the turkeys - and how they were released - have not been revealed.

At this point, additional details on a plan to remove the turkeys from the area have not been released.