6-year-old shoots teacher: 'Not accidental, it was intentional,' police say | LiveNOW from FOX

A 6-year-old first-grader at an elementary school in Newport News, Virginia, shot a teacher on Jan. 6, 2023 during an altercation in a classroom, authorities said, leaving her with "life-threatening" injuries and renewing calls from parent's for greater classroom safety and oversight. The 6-year-old boy shot 30-year-old Abigail Zwerner, a first-grade teacher at Richneck Elementary School. She was rushed to Riverside Regional Medical Center with life-threatening injuries following the incident. Police say "round went through her hand... and into her upper chest." The teacher, "was the last person to leave that class... to make sure every one of those students were safe." More LiveNOW from FOX streaming video

NORFOLK, Va. - The family of a 6-year-old boy who shot and wounded his teacher in Virginia said Thursday that the gun he used had been "secured" and that one of his parents usually accompanied him in class but did not the week the shooting occurred.

The family's statement was released by an attorney and did not elaborate further on where the 9mm handgun was kept. The family also was not identified.

"Our family has always been committed to responsible gun ownership and keeping firearms out of the reach of children," the statement said. "The firearm our son accessed was secured."

The family also said that the boy "suffers from an acute disability and was under a care plan at the school that included his mother or father attending school with him and accompanying him to class every day."

The family said the week of the shooting "was the first week when we were not in class with him. We will regret our absence on this day for the rest of our lives."

The statement was released through the office of Newport News-based attorney James S. Ellenson. It is the first public communication from the child's family and comes nearly two weeks after the shooting occurred Jan. 6 at Richneck Elementary. 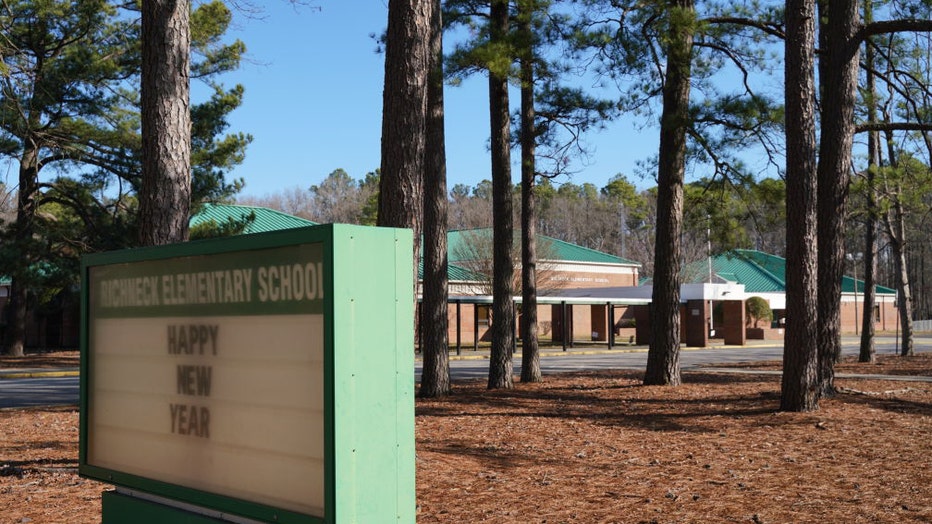 Police said earlier that the 6-year-old’s mother legally purchased the gun but that it was unclear how her son gained access to it. A Virginia law prohibits leaving a loaded gun where it is accessible to a child under 14, a misdemeanor crime punishable with a maximum one-year prison sentence and $2,500 fine.

No charges have been brought against the mother, but the investigation continues, Newport News Police Chief Steve Drew said during one of two Facebook live chats he held with the community Wednesday.

During the first chat, the chief was asked at least twice about whether the boy's parents would be held accountable or the mother charged. Drew responded by saying he wanted to ensure detectives were able to conduct a thorough investigation.

"I am not going to rush them," Drew said. His department has a great relationship with local prosecutors, he said, and he has "tremendous faith" that "they will make the right decision based on the evidence that they have in front of them."

Investigators have nearly finished interviewing the children who were in the classroom, Drew said, and police are working with a psychologist to talk to them about what they saw.

"This is a unprecedented incident that we have had in our city, where a 6-year-old child obtained a firearm, brought it to school, pointed it, fired and shot his teacher in front of other students," the chief said. "I have a young teacher who suffered a gunshot wound while teaching her classroom. By the grace of God, she’s still with us today."

The shooting has drawn international attention to the shipbuilding city, which sits along the James River near the Chesapeake Bay. It has many people across the nation struggling to comprehend how such a thing could happen, while fueling an ongoing debate about how schools discipline children.

The statement from the boy's family also elaborated on the child's relationship with his teacher, Abigail Zwerner, who is still recovering from the gunshot wound and has been called a hero by police and educators alike.

"Our heart goes out to our son’s teacher and we pray for her healing in the aftermath of such an unimaginable tragedy as she selflessly served our son and the children in the school," the family said.

"She has worked diligently and compassionately to support our family as we sought the best education and learning environment for our son," the statement continued. "We thank her for her courage, grace and sacrifice. We grieve alongside all of the other teachers, families and administrators for how this horrific incident has impacted them, our community, and the nation."

The family said the child has been under hospital care since the shooting and is receiving "the treatment he needs."

"We continue to pray for his teacher’s full recovery, and for her loved ones who are undoubtedly upset and concerned," the family said. "At the same time, we love our son and are asking that you please include him and our family in your prayers."

The shooting occurred as Zwerner was teaching her first grade class at Richneck. Authorities said there was no warning and no struggle before the boy pointed the gun at Zwerner. The bullet pierced her hand and struck her chest, police said.

The 25-year-old teacher hustled her students out of the classroom before being rushed to the hospital.

Drew, the police chief, described the shooting as "intentional." A judge will determine what’s next for the child.

The superintendent of Newport News schools revealed last week that Richneck administrators had learned the child may have had a weapon before the shooting. But a search did not find the handgun, despite staff looking through his bag.

The revelation fueled outrage among parents and particularly teachers. Many criticized school system administrators at a school board meeting Tuesday night for what they called a misguided emphasis on attendance and other education statistics over the safety of children and staff.