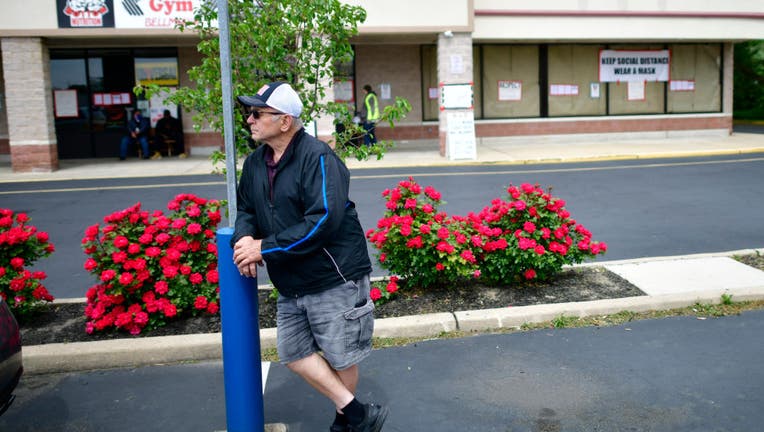 BELLMAWR, NJ - MAY 20: A man observes demonstrators outside the Atilis Gym on May 20, 2020 in Bellmawr, New Jersey. The gym has opened for the third consecutive day, defying the New Jersey Governor's mandate that many retail businesses stay closed du

BELLMAWR, N.J. (AP) — A federal judge has declined to allow a southern New Jersey gym to reopen as it continues a constitutional challenge to the state order that shut down businesses deemed non-essential in order to help stem the spread of the coronavirus.

U.S. District Judge Robert Kugler on Friday denied a temporary restraining order sought by the owners of Atilis Gym of Bellmawr, which filed suit last month accusing Gov. Phil Murphy of having “arbitrarily” deemed some businesses essential while declaring others — such as gyms — non-essential, NJ.com reported.

Attorney Christopher Arzberger, who represents the owners, told Law360 that he was disappointed but vowed an appeal.

The suit argues that Murphy and other state officials violated the constitutional rights of the owners by forcing them out of business indefinitely with no timeline for when they could reopen.

The gym was shuttered last month after opening in defiance of the order and continuing daily operations despite receiving summonses each day for violating the state order.

The owners cited steps taken to ensure social distancing, including taping off workout stations and operating at 20% of the building’s capacity, meaning about 44 patrons at a time. They also were requiring patrons to wear masks unless they were in the middle of lifting weights. Gym staff said they were taking patrons’ temperatures at the door and barring anyone at 100.4 or above; in addition, no new members were being allowed to join, officials said.