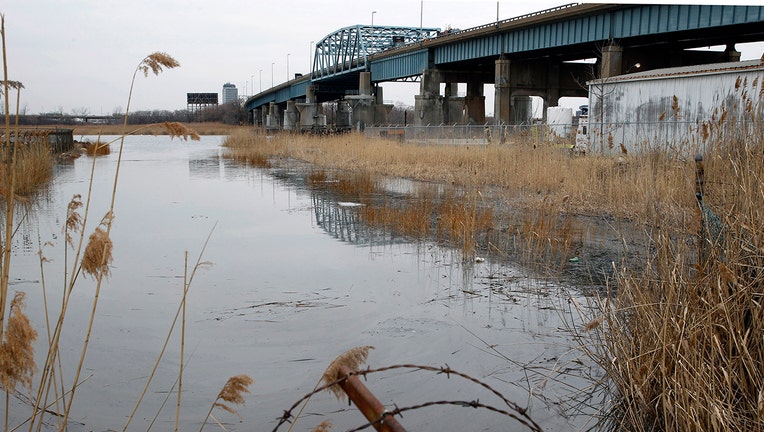 SECAUCUS, N.J. - New Jersey is moving ahead with a plan to get federal help to clean up the lower Hackensack River's toxic sediment, which is a remnant of the state's industrial past.

Gov. Phil Murphy's administration is seeking placement of the 23-mile section of the river on the federal government's list of Superfund toxic sites, according to state Department of Environmental Protection Commissioner Shawn LaTourette.

If the U.S. Environmental Protection Agency approves the river as a Superfund site, the cleanup plan would be eligible for federal funding. Also, the EPA can try to go after the parties responsible for polluting the waters. But gaining Superfund status sometimes takes years.

"Designating the lower Hackensack River as a federal Superfund site will provide the tools we need to remove decades of contamination that have polluted river sediments and restore the natural resources that have been impaired for far too long," LaTourette said at a public announcement in Laurel Hill Park along the Hackensack River in Secaucus.

He added that the "cleanup of this river also presents an incredible opportunity to enrich the communities throughout the Hackensack watershed as we defend the public's right to the full use and enjoyment of their natural resources." 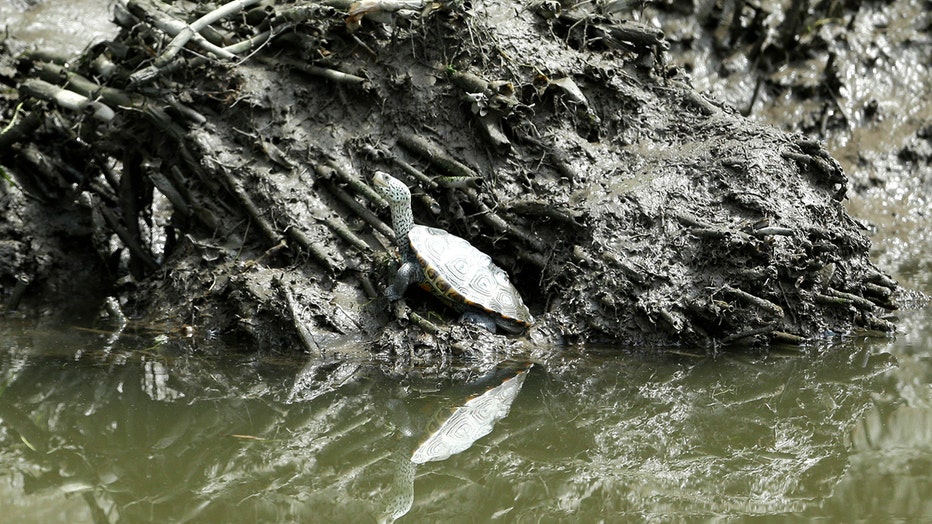 A terrapin turtle stands on the bank of the Hackensack River in East Rutherford, N.J., June 18, 2013. (AP File Photo)

Bill Sheehan of Hackensack Riverkeeper, an environmental advocacy group, said he was "very, very happy" by the developments.

"I have been working on getting this designation for the river since 2015. Now everything is lining up. I realize that this is one step in the process and that cleanup will take time," Sheehan said. "But this is an important step for the health of the river and for all the people who live in the region."

Officials believe that pollution from existing Superfund sites contributed significantly to the severe contamination of the Hackensack River sediments. These four sites are a former mercury-processing facility in Carlstadt and Wood-Ridge, a former chemical-processing plant in East Rutherford, a former factory that made various chemical products including mothballs and lead-acid batteries in Kearny, and a former chemical recovery and processing plant in Carlstadt, according to the state Environmental Protection Department.

The EPA gathered samples of sediment from dozens of places between the mouth of the river at Newark Bay to the Oradell Dam, according to EPA acting Regional Administrator Walter Mugdan. He said a review of the sampling data indicates the river has "widespread sediment contamination and environmental degradation." The sediment samples had elevated levels of cancer-causing dioxin, cadmium, lead, mercury, and PCBs.

"The Hackensack River is surrounded by river communities that are disproportionately affected by environmental burdens and addressing environmental justice issues is a priority for EPA," Mugdan said. 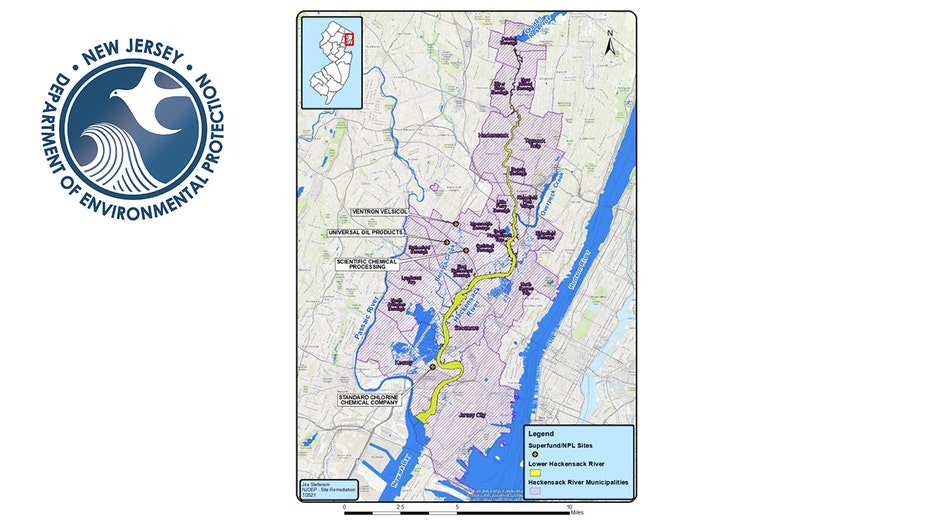 A map of the municipalities along the lower Hackensack River in New Jersey. (N.J. Department of Environmental Protection)

"This is really the best way forward," Sheehan, who is also known as the Hackensack Riverkeeper, said. "It's time to get the river back to the way it should be."

With The Associated Press. This article was produced in New York City.