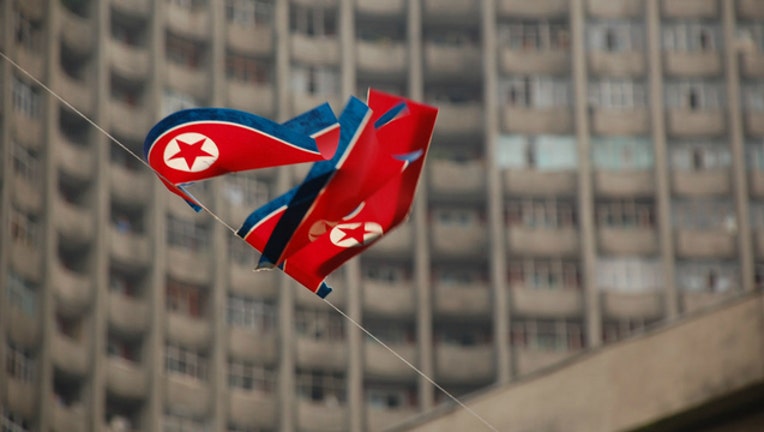 WASHINGTON (AP) -- Nikki Haley, the U.S. ambassador to the United Nations, isn't ruling out a U.S. strike against North Korea if Pyongyang tests another nuclear device.

Haley told NBC's "Today Show" that "we are not going to do something unless he gives us reason to do something," such as attacking a U.S. military base or using an intercontinental ballistic missile.

The Trump administration has been working to rally support behind its efforts to pressure Pyongyang into abandoning its nuclear program and ceasing all aggression. President Donald Trump spoke again to the leaders of China and Japan late Sunday to discuss the matter.

The White House said in a brief statement Monday that Trump and Chinese President Xi Jinping reaffirmed the "urgency of the threat posed by North Korea." Trump has repeatedly promised that China will earn a better trade deal with the U.S. if it helps to exert pressure on its allied neighboring nation.

When asked what would happen if North Korea tests another missile or nuclear device, Haley told NBC: "I think then the president steps in and decides what's going to happen."

North Korea has been aggressively pursuing a decades-long goal of putting a nuclear warhead on an intercontinental ballistic missile, or ICBM, capable of reaching the U.S. mainland. North Korea conducted two nuclear tests last year alone, which would have improved its knowledge on making nuclear weapons small enough to fit on long-range missiles.

South Korean officials say there's a chance the country will conduct its sixth nuclear test or its maiden test launch of an ICBM around the founding anniversary of its military on Tuesday.

Haley said the U.S. is working with China to pressure North Korea on the missile and nuclear testing and other issues, including the detention over the weekend of a U.S. citizen, bringing to three the number of Americans now being held there.

Haley said the detentions are North Korea's effort to "have a bargaining chip" for talks with the U.S.

"What we're dealing with is a leader who is flailing right now and he's trying to show his citizens he has muscle," Haley told "CBS This Morning."