The NYPD has announced the arrest of 30-year-old Winston Glynn for allegedly shooting and killing 19-year-old Kristal Bayron-Nieves during a robbery of a Burger King in East Harlem on Sunday.

NEW YORK - The NYPD says it has made an arrest in the deadly shooting of a worker at a Burger King in Manhattan.

Winston Glynn, 30, a homeless man, was taken into custody Thursday night in Brooklyn. He faces murder and other felony charges in the killing of 19-year-old cashier Kristal Bayron-Nieves. Glynn had seven prior arrests including menacing, criminal possession of a weapon, and assault.

Police said that Glynn walked into the Burger King on 116th Street off Lexington Avenue on Sunday and pistol-whipped the manager and one of two customers in the restaurant.  He then demanded money. Bayron-Nieves gave him $100 but he still shot her in the stomach before stealing the manager's phone and taking off.

The Burger King manager lost two teeth in the attack.

A candlelight prayer vigil was held Thursday night outside the fast-food eatery in East Harlem restaurant.

Clergy, community leaders, and politicians stood side by side demanding an end to the senseless violence. They also called on Manhattan District Attorney Alvin Bragg to prosecute this case to the fullest extent of the law.

A candlelight prayer vigil was held Thursday night outside the Burger King in East Harlem where cashier Kristal Bayron-Nieves was murdered. She was 19.

The cries for justice come as Bragg is facing criticism for his new criminal justice reforms.

Get breaking news alerts in the free FOX5NY News app

The NYPD released surveillance video footage of the suspect, who was described as a man with a dark complexion and slim build, and was last seen wearing a black mask, all black clothing, and possibly carrying a black plastic bag. 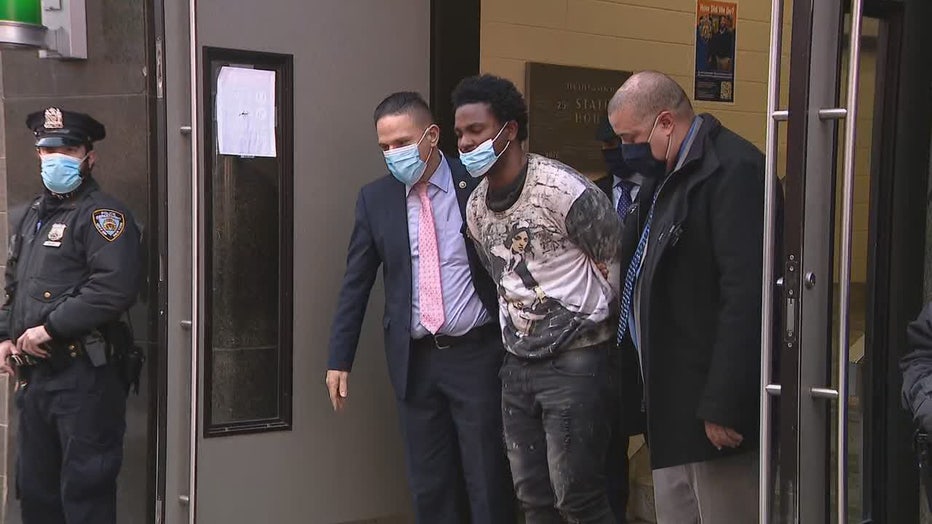 Winston Glynn is walked out of an NYPD police precinct on Friday, Jan. 14, 2022.