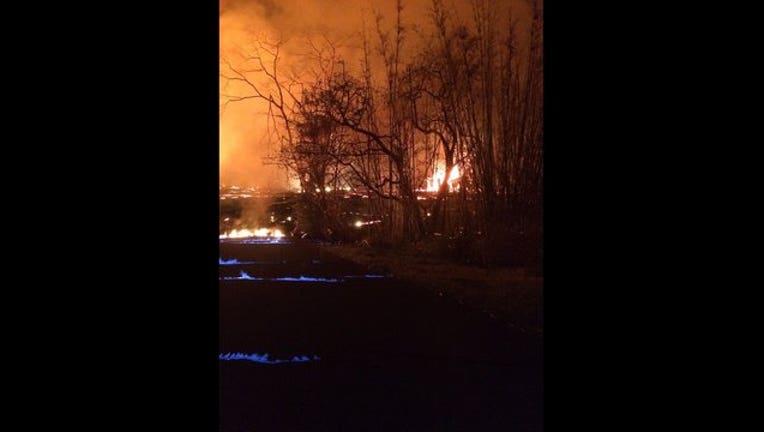 PAHOA, Hawaii (AP) - Blue flames from burning methane have become part of the eruption of Kilauea volcano in Hawaii.

Nighttime photos released Wednesday by the U.S. Geological Survey show the flames spouting from road cracks in the Leilani Estates neighborhood where the volcano has been sending up lava through vents in the ground.

The volcano produces methane when hot lava buries and burns plants and trees.

Scientists say the methane can seep through cracks several feet away from the lava. The methane can also explode when heated.
Kilauea began erupting lava in a residential neighborhood on May 3. It has since opened more than 20 vents releasing lava, sulfur dioxide and steam.

The eruption has destroyed 50 buildings, including about two dozen homes. One person was seriously injured after being hit by a flying piece of lava.