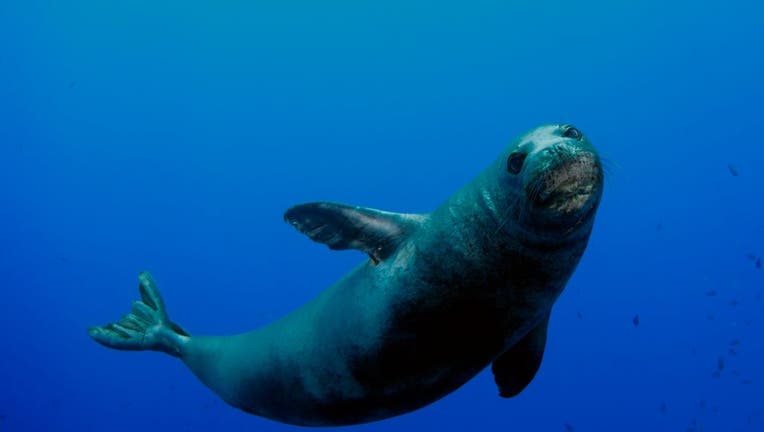 HONOLULU - A woman swimming at Honolulu’s Waikiki beach was injured this weekend after encountering a nursing Hawaiian monk seal with a young pup.

The incident was reported Sunday morning near Kaimana Beach in Waikiki, officials said. A 60-year-old elementary school teacher from California was swimming near the animals and caught the seals’ attention, according to the National Oceanic and Atmospheric Administration’s Fisheries department.

The mother monk seal, known as "Rocky," began "vocalizing" at the swimmer, a method that’s believed to be a way of warning others to stay away and communicate with their pups.

"Ultimately, (the mother monk seal) pursued the swimmer—a perceived threat to her pup—and the encounter resulted in the swimmer sustaining injuries," NOAA Fisheries said in a statement.

The swimmer received lacerations to her face, arm, and back, the agency said.

State officials said they would not recommend charges or fines for the woman and are not naming her because she requested anonymity.

Hawaii Marine Animal Response, a nonprofit conservation organization that helps monitor protected species, said their workers witnessed the incident. The nonprofit added that the seal gave birth to a pup about two weeks ago in the same area where the swimmer was injured.

NOAA and Hawaii Marine Animal Response have been watching the pair and warning people to stay away. The shoreline where the seals live is roped off, and beachgoers are warned of the dangers of getting too close to the nursing mother.

They anticipate these seals will remain in the area for about a month.

"Give them space—that’s one of the main messages we emphasize when it comes to endangered Hawaiian monk seals. Space is especially important for mother seals with pups," NOAA Fisheries said.

Nearly 3,800 animals are critically endangered, according to the International Union for Conservation of Nature (IUCN)'s Red List.

A witness shared a video of the encounter with The Honolulu Star-Advertiser. The footage shows the mother seal in the water with its pup as the swimmer approaches. The seal then comes into contact with the swimmer and pulls the person underwater.

The person was able to make it back to shore with help from bystanders.

"It’s a mama seal that’s protecting its pup, and there happens to be a human who is at the wrong place at the wrong time," Markus Faigle, who captured the incident on video, told the Star-Advertiser. "So it’s not a seal attacking a human; that’s for me the totally wrong way of looking at this."

RELATED: Grizzly bear returns, kills woman after she scared him off an hour earlier

It is against the law to touch, harass, injure or kill monk seals. People are told to stay at least 150 feet away from a mother seal and pup, though that recommendation is not a law.

There are less than 1,600 monk seals remaining in the wild. The animals are listed as endangered under the Endangered Species Act and depleted under the Marine Mammal Protection Act. 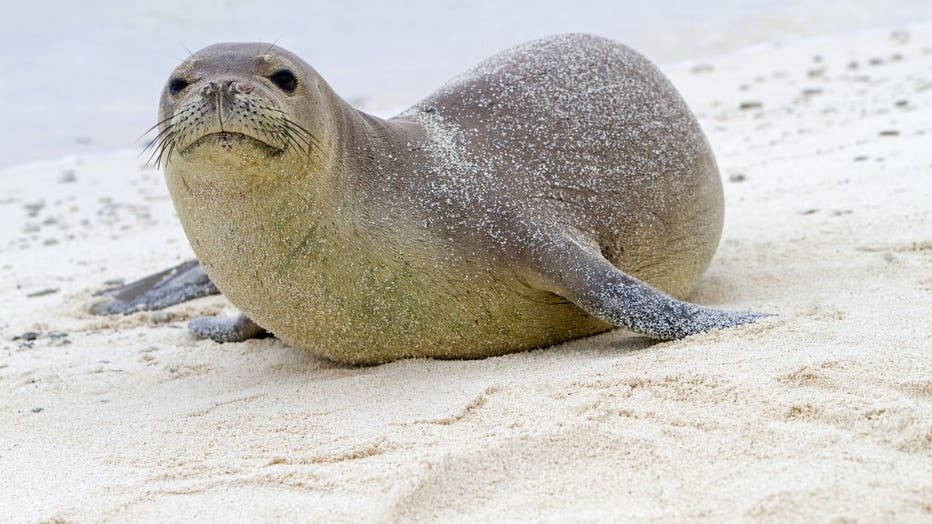 "People are again reminded that Hawaiian monk seal moms with pups are protective, can be dangerous, and have inflicted serious wounds on nearby swimmers," Hawaii Marine Animal Response said. "We continue to warn people not to engage in in-water activities when a monk seal mother with a pup are in the area and to stay at least 150 feet from mother seals with pups."