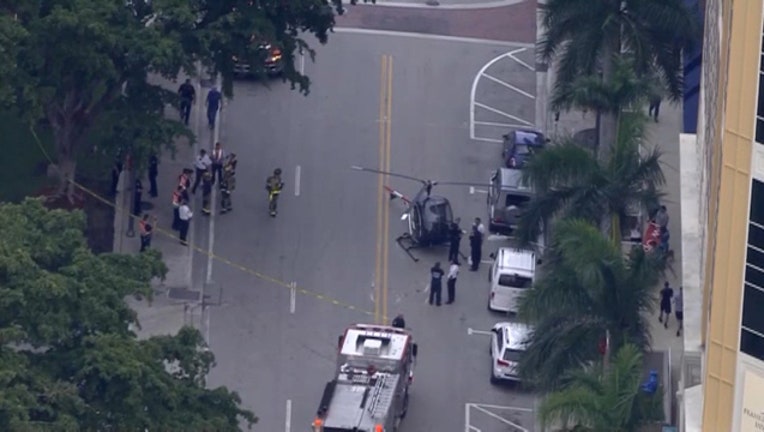 FORT LAUDERDALE, Fla. (WOFL FOX 35) - A helicopter pilot had to make an emergency landing in downtown Fort Lauderdale on Wednesday.

The pilot had to bring the chopper down on the city streets, authorities say.  Two people were on board at the time of the incident, and fortunately, neither one was injured.

It is unclear at this time why the chopper had to make an emergency landing.   An investigation is underway.