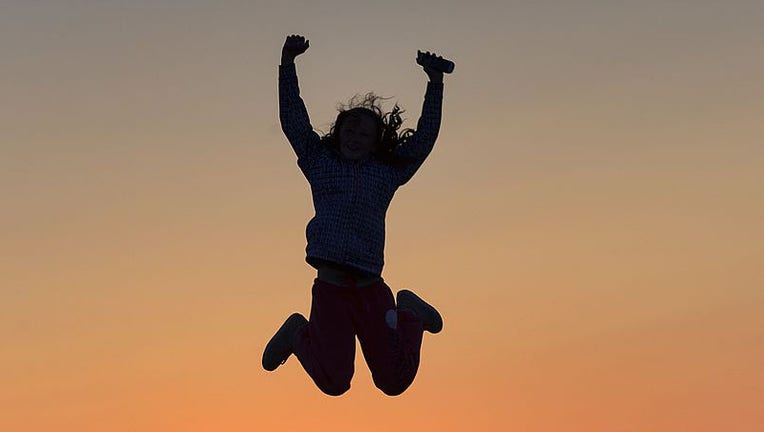 FILE IMAGE - A person enjoys the sunset from a jetty. (Photo by John Greim/LightRocket via Getty Images)

How much money does someone need to earn in order to be "happy" living in the United States? It varies based on location, but overall — the figure appears to be much higher than the average annual income for Americans.

A global study published in 2018 looked at how much money seems to make individuals happy, along with the level that money no longer had an impact on well-being.

While "happiness" is subjective, the study authors from Purdue University attempted to answer this question by measuring emotional well-being, or one’s day-to-day emotions like happiness, excitement, sadness, or anger. They also measured life satisfaction — or an overall assessment of how one is doing.

Globally, the study found that the ideal income point for an individual is $95,000 for life satisfaction and between $60,000 to $75,000 for emotional well-being.

In North America, the individual income level for life satisfaction was found to be $105,000 per year.

For comparison, the annual mean wage for a full-time wage or salary worker in the U.S. is only $58,260, according to the most recent data shared by the U.S. Bureau of Labor Statistics.

Tamera Mowry reveals the secret to a happy, successful marriage

The actress and host recently celebrated a 10th wedding anniversary with her husband, FOX News correspondent Adam Housley. The couple has been together for nearly 17 years.

The minimum annual salary needed to be satisfied or happy in each U.S. state was recently calculated by GoBankingRates.com, a personal finance and education website.

The site factored in each state’s cost-of-living index and referenced the 2018 Purdue study, using the $105,000 figure as the "benchmark." It also factored in the state’s unemployment rate and crime rates.

On the opposite end, individuals in Hawaii need to be earning at least $202,965 to reach a state of bliss, according to the website. In New York, the minimum salary needed to be happy was found to be $155,610, followed by California at $149,310.

Does happiness increase with income?

Another often-cited Princeton University study published in 2010 found a correlation between income and a person’s emotional well-being and life evaluation — but only to a certain level. The researchers found an increase in happiness alongside annual income up to about $75,000 before it levels off.

"Low income exacerbates the emotional pain associated with such misfortunes as divorce, ill health, and being alone," the study authors wrote. "We conclude that high income buys life satisfaction but not happiness, and that low income is associated both with low life evaluation and low emotional well-being."

But a larger study published in 2021 found that well-being continues to increase with income, even beyond that $75,000 limit. The research from the University of Pennsylvania used surveys of 33,391 employed U.S. adults and found "no evidence" for an experienced well-being plateau above $75,000 per year.

"There was also no evidence of an income threshold at which experienced and evaluative well-being diverged, suggesting that higher incomes are associated with both feeling better day-to-day and being more satisfied with life overall," the study concluded.

Overall, both studies seemed to conclude that income can affect one’s happiness, at least to a point. 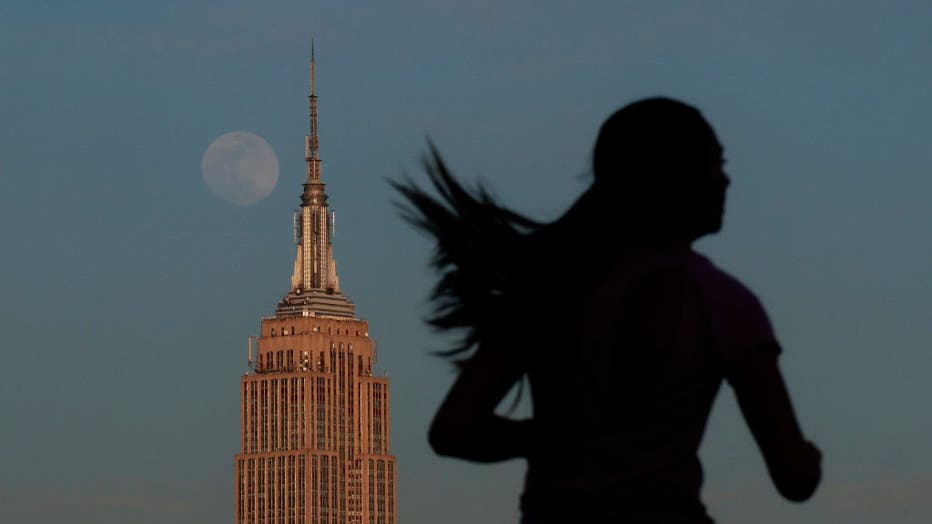 FILE IMAGE - The moon rises behind the observation deck of the Empire State Building at sunset in New York City on Feb. 28, 2018, as seen from Hoboken, New Jersey. (Photo by Gary Hershorn/Getty Images)

What other factors affect happiness?

Although happiness can differ from person to person, previous studies have sought to analyze the factors that can contribute to one’s well-being. Gender, income, married status, education level, job satisfaction, health education, and increased knowledge have all been cited as having a role in human happiness.

A 2016 study of 500 young people between the ages of 15 and 29 in Iran found a "significant relationship" between the happiness score and location in urban and rural, employment status, and physical activity. However, it didn’t find a "significant link" between gender, marital status nor education level with happiness.

The benefits of good sleep

Most adults need 7 or more hours of quality sleep each night, according to the National Institutes of Health. Kids and teens need even more.

One Harvard study found a "strong link" between happiness and close relationships with family and friends. Another 2106 study found that volunteering provides a sense of purpose and can improve one’s mood, particularly in adults older than age 70.