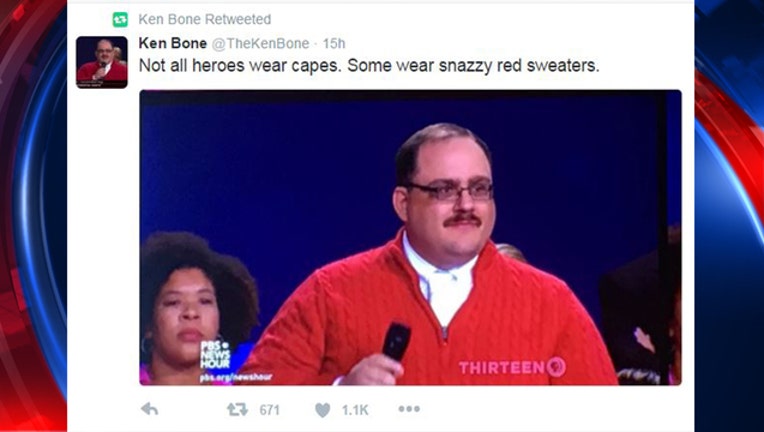 Get your meme-makers ready, because Ken Bone is back!

The star of the second 2016 presidential debate is going to the Conservative Political Action Conference as the "chief people officer" for Victory Holdings, a political software company.

Bone, who rose to fame as America's favorite undecided voter, will be representing the company at CPAC, which kicks off today and continues through Saturday.

In St. Louis on Oct. 9, 2016, Bone -- wearing a now-famous red Izod cardigan -- asked Donald Trump and Hillary Clinton about their energy policies. He reportedly began that night with seven Twitter followers but is now up over 220,000.