'Honor Killings' Trial: Sisters feared their dad would kill them days before their murders, prosecutors claim

Prosecutors described a father on trial for murdering his two teenage daughters as "controlling and possessive." Their former teacher says they told her they were running away and knew their dad would try to kill them.

DALLAS - Testimony began Tuesday in the capital murder trial of a former fugitive on the FBI’s Most Wanted List.

Yaser Said is accused of the murders of his teenage daughters in 2008. He was on the run from then until his ultimate capture in 2020.

Said disappeared simultaneously with the girls' murders and eluded police and the FBI for 12 years before he was finally captured.

Prosecutors say the evidence shows Said murdered them because, as a Muslim, they brought disgrace on his family because of their western lifestyle that included dating non-Muslim boys.

The defense, in opening statements, pointed to police targeting him because he is Muslim in post-9/11 America.

Through attorney Brad Lollar, Said on Tuesday entered a plea of not guilty. 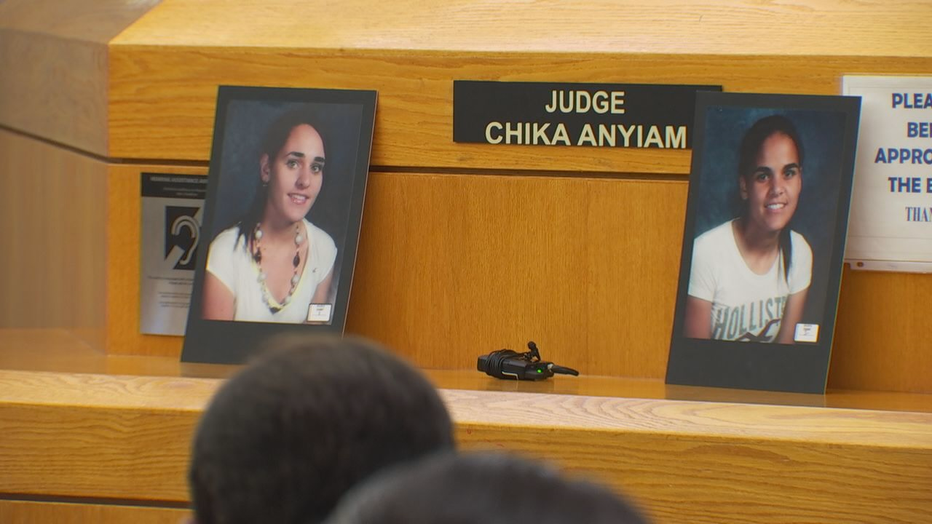 There were tears from Connie Moggio, the aunt to Amina and Sarah Said, as she was asked to identify an autopsy photo in contrast to pictures in of the girls shortly before they were murdered on January 1, 2008, in the back seat of a taxicab at an Irving hotel.

Said is facing capital murder for his daughters’ deaths.

In opening statements, the state told jurors Said wanted to control every facet of his family's life.

"This is a case about a man possessed with possession and control," said Dallas County Prosecutor Lauren Black. "As they had more independence, that was less control for him." 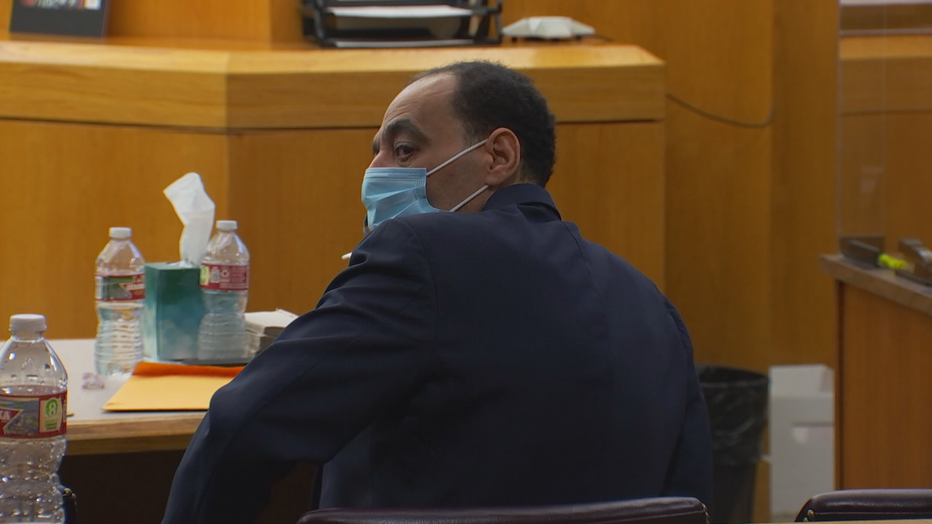 But defense attorneys countered that no eyewitness or surveillance camera captured the father at the crime scene and claimed the government focused on him because he was Muslim.

"The state wanted to convict Yaser Said for being Muslim in 2008," said defense attorney Joe Patton. "And the evidence does not support a capital murder conviction today at this trial."

"I recognized that something was wrong and asked them to stay after class," she recalled.

Hopkins said the girls confided in her about their home life, and Amina emailed her on December 21, 2007, days before they were killed.

The email said they were running away from their dad.

"I know that he will search until he finds us, and he will without any drama nor doubt kill us," the email read. 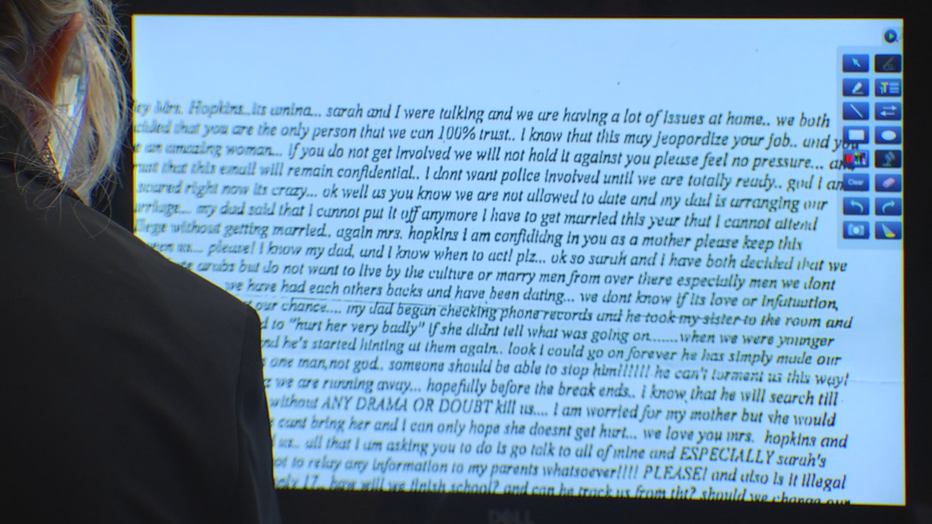 Testimony laid out how Amina, her sister, their mother and the teens’ boyfriends had just returned to North Texas from Oklahoma. All five left Lewisville for Tulsa, Oklahoma. But days before the teens were killed, their mother made a decision to come back home.

The teens’ boyfriends at the time both took the stand describing their relationships with the girls that were secret, they said, for their safety.

Prosecutors say Said, who is Muslim, was angry his daughters were dating non-Muslim boys  and took both of their lives in "honor killings."

"She always thought something would happen," he said. "She made me promise multiple times that if something did happen, I would keep going." 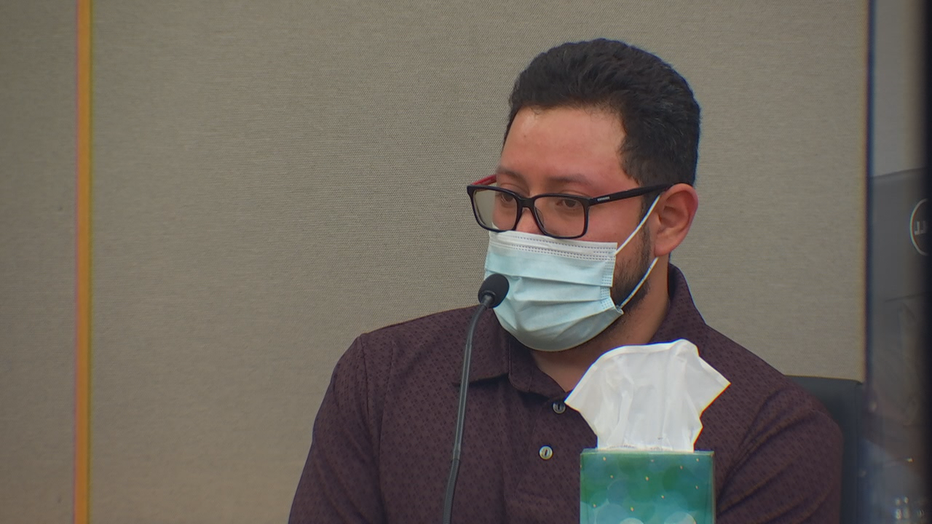 "She was fearful she would be killed, correct?" Black asked.

Panameno told the jury he chose to go to Oklahoma after Amina revealed to everyone that her dad threatened her with a gun.

But Panameno says after four days in Oklahoma, the girls’ mother, Patricia, said it was time to go home.

"Sarah kind of wanted to come back to try to fix things," he said. "And Patricia convinced us all to go back hoping that it would be safe."

'Honor Killings' Trial: Sisters feared their dad would kill them days before their murders, prosecutors claim

Prosecutors described a father on trial for murdering his two teenage daughters as "controlling and possessive." Their former teacher says they told her they were running away and knew their dad would try to kill them.

Yet to be presented in court is the 911 call made by Sarah. In her dying words, she identified her father as the one who shot her and her sister.

Moggio said she last spoke with Amina hours before the girls died. She said Amina was furious that their mother had gone back home to Said.

"She said that her mom was wanting her to go back home. She didn't wanna go back home," she said. "She'd rather be dead than to ever go back there."

The final person to testify was Edgar Ruiz, Amina’s boyfriend at the time who also was a part of the Oklahoma trip.

Once back in Lewisville, Ruiz says he and his parents tried to convince Patricia, to not go back to said. But Patricia didn’t listen.

Ruiz says Amina’s last words to him were "you will never see me again."

"Do you think that’s because of a breakup?" Black asked.

"Then why is she telling you that?" Black asked.

"She knew she was going to die," Ruiz said.

At the end of Tuesday’s testimony, Ruiz says he and his dad saw said driving his daughters in a taxi cab shortly before both teens were shot and killed, so they followed them but eventually stopped.

Later that evening, the girls were found shot in a taxicab, and Said was gone.

There was a big issue that started outside the presence of the jury about whether the allegations of sexual assault against the girls by their father could be introduced into the record.

The judge ruled in favor of the defensive on that, but it was brought up by Moggio and ultimately dealt with in the courtroom in front of the jury.

The trial resumes Wednesday at 9 a.m.