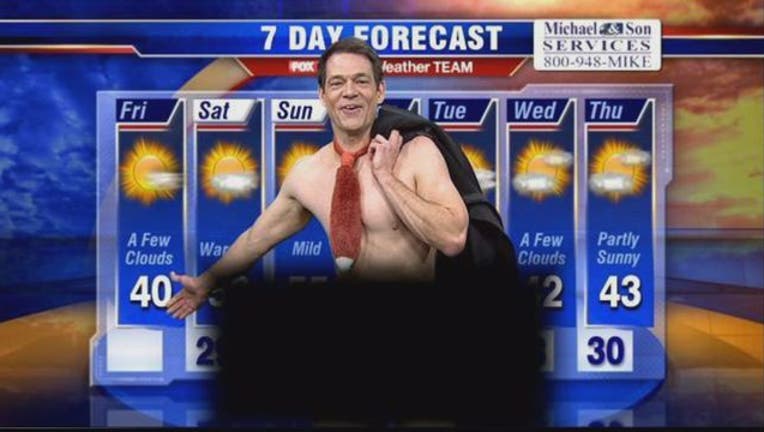 WASHINGTON - Okay, Buzzfeed! You just published your first ever list of '50 Hottest Local News Anchors In The World.'

But there are some glaring omissions (at least according to us here at FOX 5!)

Like - where are the men and women of GoodDayDC!

First off - props to NBC4's Doug Kammerer and Jim Vance! The Buzzfeed community, who is responsible for the list, ranked Doug at #30 (for his Instagram videos) and Jim at #28 (for being in the anchor chair for over 40 years).

Giving credit where credit is due!

Now - time for our gripe!

Not only is GoodDayDC loaded with beautiful men and women – some of them have already been recognized for their 'hotness.'

Take FOX 5 meteorologist Mike Thomas! This Chipotle eating, over-texting, GoodDayDC weather guy was just named to 'Baltimore Top Singles' for 2017. (READ MORE: http://bit.ly/2kEyiMj) In his interview with the magazine, he says he used both Tinder and Bumble and loves to overuse emojis!

And what about Steve Chenevey?!? Yeah, he has Murrow Awards and Emmys – but he was also 2nd runner up in the '2016 HAIRRYs: Local Newsmen With The Best Hair!' 2ND RUNNER UP! (OK - fine - Doug Kammerer won that one too! http://bit.ly/2gd6o7d)

The top spot on Buzzfeed's list was claimed by Mike Woods at our sister station in New York. He won - the Buzzfeed community says - because sometime he does his forecasts shirtless.

Look no further than our own Tucker Barnes! His second most favorite hobby - next to being covered in seafoam - is taking off his shirt! Sometimes - Tucker even likes to shed more than his shirt! 'Shy' is not exactly this guy's middle name! (TAKE A LOOK: http://bit.ly/2lDwrqW).

And if you haven’t seen this 'famous' photo of GoodDayDC's Wisdom Martin – you have been missing out!

Oh sorry, not that one - this one!

And can you really have a 'hottest' list without Maureen, Holly, Allison, Erin and Kevin?

There you go, Buzzfeed! We just practically gave you next year's top ten!